Andi Dorfman doesn’t appear to be dating anyone. The former Bachelorette star chose Josh Murray as her fiance in 2014, but the couple broke off their engagement in 2015, and have open about the failings of their relationship ever since. Learn more about Dorfman’s love life below.

Dorfman’s recent book Single State of Mind talks about her life post-Murray, and her struggle to find a romantic partner in New York City. She writes that the “legit men with jobs and careers and issues” are wildly different than the “personal-trainer contestants that drink a bunch of protein shakes” that she encountered on The Bachelorette. Dorfman said that she’s given her friends one opportunity each to set her up with someone. “Each friend gets a voucher,” she quipped, “You get one shot.” She’s also rejected dating apps like Tinder, saying that she meets the worst guys online.

I got sunshine, on a cloudy day! ‘Cause it’s cold outside but it’s flashback Friday! ?? #fbf #maui #travels

Dorfman wrote that The Bachelorette taught her how to handle a bad date. “Obviously on the show you’re not going to love 25 people, but you’re going to have to date some people you know you’re not going to end up with,” she explained. “It kind of taught me to converse with somebody without having to be in love with them or promise them anything. It prepares you to get through some brutal dates, if anything. Which I definitely needed.”

Prior to Single State of Mind, Dorfman wrote a memoir about her failed relationship with Murray titled It’s Not Okay: Turning Heartbreak into Happily Never After. In the memoir, she accused Murray of being controlling and selfish. He reportedly made it a rule that she couldn’t take photos with other men. “If I talked to another man, I was a ‘whore.’ If I disagreed, I was ‘argumentative.’ If I defied him, I was a (expletive)’,” she wrote.

Today is a great day to workout because you LOVE yourself not because you HATE your body. You are all goals and you got this! Outfit deets (I’ll link in bio) but these are the brand new UltraCool RUN collection from @fabletics (of course) and per usual I’m obsessed with it just like I’m obsessed with y’all! Happy Monday now go get you a workout in and crush it! ? #mondaymotivation #fableticsambassador #myfabletics #fitness #ootd

“So many little arguments came out of those damn platforms,” she added. “If I didn’t post a ‘Man Crush Monday’ of him, he’d get upset. If I posted a ‘Throwback Thursday’ of my friends instead of us, he’d find it suspect… He once said to me, ‘Let’s just have a baby, it will solve all of our problems’.”

Dorfman told the Washington Post that she’s grown accustomed to the advantages and disadvantages of being single. “I find myself in a state of mind where I’m almost rebelling against the entire notion of a relationship. Not in a resentful way, but in a liberating way,” she said. “Sure, there are times when I’d like to have someone romantically in my life, but then I think about my life as a whole and realize I’m generally happy being alone.” 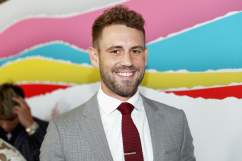 Nick Viall Girlfriend 2019: Is He Dating Anyone?