BatBnB is a line of designer bat houses created by Harrison Broadhurst and Chris Rannefors. The duo will appear on Shark Tank to pitch their line, in the hopes that an investor will help them expand their brand and get into stores nationwide.

BatBnB was founded in 2017, and not only provides bats with a home, but helps get ride of mosquitoes and other pesky insects. Learn more about Broadhurst and Rannefors, their respective backgrounds, and why they feel their product has what it takes to catch a Shark’s attention.

SHARK TANK IS ONLY HOURS AWAY!! While we wait, here's one of our business customers, @uva, who purchased 21 BatBnBs last year and we recently got some photos of their setup. They've got them placed in a few different spots around grounds and were inspired to install them after they knocked down some old dorms and saw loads of bats departing the structures. We're proud to be associated with a university that cares about the local ecosystem in their community and seeks to educate students on the benefits of these amazing animals! #uva #batbnb #bats #savethebats #sharktank

BatBnB has a multitude of benefits. The most obvious being that it helps keep bats safe. Bats are under threat all over the world, and the BatBnB provides a perfect home for them to raise their pups and stay safe from predators. In addition to this, bats can help remedy any mosquitoes and/or pests in the immediate area.

According to the official BatBnB website, bats can eat thousands of insects in a single night, which makes them the perfect substitute for pesticides. Each unit can be placed on an outside wall, and can internally mimic the natural habitat of a bat. This includes capturing heat from the sunlight and interior surfaces that have grooves, allowing the bats to easily grip, climb, and hang.

The prices range between $100 and $400 depending on the model. The most expensive model is the Mammoth, which normally costs $418, but is currently available for the discount price of $350. for BatBnB also sell merchandise and t-shirts that are $14.99 a piece.

2. Both Broadhurst & Rannefors Had an Interest In Bats Growing Up

Since our last update we’ve been busy fulfilling hundreds of BatBnB orders and shipping them all across the nation. We’ll share more on that later, but for now we are so excited to share that we will be appearing on @thehenryford Emmy award winning TV show “Innovation Nation with Mo Rocca” on @cbstv this Saturday morning! Make sure to tune in! #innovationnation @thehenryford @cbsinnovationtv @cbsdreamteam @cbsdaytime @alieward #cbsdreamteam #itsepic #bats #batbnb #backyard #crowdfunding #ecology #woodworking #savethebats #animallover #animalsofinstagram #emmyaward #yarddecor #homedecor #cbs #kentucky

BatBnB’s creators were bat crazy from the beginning. Broadhurst’s mom used to incorporate bats into her grade school biology class, while Rannefors grew up building bat houses with his dad in Massachusetts. This passion spilled over into a business model once they got to talking about the poor quality bat houses that were on the market.

Broadhurst graduated with a B.A. from the University of Kentucky College of Design in 2014. He was working for Nomi Design in Lexington, Kentucky, when he decided to pursue BatBnB with Rannfefors. “It’s not at all what I expected to do,” Broadhurst jokingly told Campus News. “I would say bat houses was at the bottom of the list.”

Rannefors graduated from the McIntire School of Commerce and spent several years working at Udemy, a leading ed-tech startup based in San Francisco. He told that bats were “Bats are radically misunderstood, threatened, and undervalued for their insect-eating skills,” he told Fast Company. “So we are trying to rebrand bats so more people will respect them.”

We are excited to share that we were encouraged by the Indiegogo team to extend our crowdfunding campaign by thirty days! We are humbled by all the demand for BatBnBs, and want to get them into the hands of as many bat lovers as possible. Don't forget to drop by the campaign page now and then to check out our updates section. We will be posting details about our story including our prototyping journey, how we went about selecting a manufacturer, our recent trip to Hollywood, and much more! Thanks again for all your support, it means so much to us! If you have any connections to groups or influencers that you think may be willing to share BatBnB or help out as an affiliate, we would love to hear from you! We haven't had much of a budget for marketing, so are relying on the strength of our community to help spread the word : )

Broadhurst and Rannefors launched an Indiegogo campaign in 2017, and their BatBnB proved a huge hit. They managed surpass their goal in less than two days, and went on to raise $50K in ten days, and $119,782 overall.

Rannefors talked to the Mother Nature Network about their Indiegogo success, and why the BatBnB design surpasses its competitors. “Most cheaper models on the market aren’t designed well to the specifications that experts recommend,” he said. “Also, the aesthetics — most models on the market aren’t that pretty. They’re just plain pine boxes that people tuck deep in their backyard.”

“As part of rebranding bats, you have to bring bats back to the front of the conversation,” he continued. “It’s not something you hide, but that you put up proudly at the front of your house or your barn. You want to show it to people. A person’s home and yard are a reflection of themselves, so if a person cares about conservation and protecting their family from mosquitoes and other pests, BatBnB does that.” 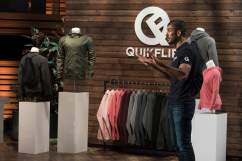 4. They Are Partnered with Global Bat Authority Merlin Tuttle

We picked up a fantastic feature in @fastcompany today! We're proud to receive recognition from a publication known for their incredible design features. Our favorite line is: "BatBnB's handcrafted designs have elegant curves that conjure up elegant architecture. Some even feel like something Frank Lloyd Wright could have created himself had he been a bat fan."

Since launching in 2017, BatBnB has partnered with Merlin Tuttle. Tuttle is a globally recognized bat authority who founded Merlin Tuttle’s Bat Conservation and Bat Conservation International. He feels that over 80% of the bat houses currently on the market are poorly designed for the animal, and that BatBnB is a fine correction.

“America’s bats are in alarming decline,” Tuttle told the Huffington Post. “Countless millions already have been lost, and historically human disturbance and destruction of natural roosts has topped the list of causes.” He also said that bats can help remedy insect infestations.

“A colony of 150 big brown bats in Indiana, a number that could live in a medium-sized bat house, was shown to consume enough cucumber beetles to prevent them from laying up to 33 million eggs in a single summer,” he explained. “These beetles can be a gardener’s nightmare.”

“Really, the only products that have come out are more chemicals, and more pesticides, and more nasty sh*t ― [things that] scare away all the wildlife and [aren’t] good for the environment,” Rannefors added. 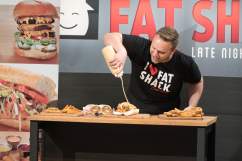 5. Broadhurst Said Their ‘Shark Tank’ Appearance Was a ‘Big Validation’

We are crazy excited to finally share with you all that we will be appearing on the season finale of @sharktankabc! We'll be pitching BatBnB on stage to see if we can get the famous Sharks excited about bats! We couldn’t have made it here without all of your incredible support and we’re so grateful for our incredible community of bat lovers. Be sure to watch this Mother’s Day on @abcnetwork at 10pm EST to find out if the Sharks are on board with BatBnB!

While he was unable to discuss the results of his Shark Tank appearance, Broadhurst did say that it was a positive experience. “Without giving anything away, being on the show was a big validation in many ways.” he told the University of Kentucky. “We had been working on BatBnB for almost two years leading up to the appearance.”

“We came into it thinking regardless of the outcome, just being given the platform to tell people about the vital part bats play in the ecosystem was enough for us to consider this a positive experience,” he added.

Rannefors told the Courier Journal that the experience did come with some anxiety. “It was nerve-wracking for sure,” he said. “[But] it’s going to send our message out there (that) bats are important. They should be respected, and there’s a reason you should care.” 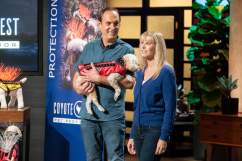