HBO Game of Thrones season 8 episode 6 finale, titled "The Iron Throne," has no rating on IMDb at the moment, but reviews are still pouring in. Keep checking back for updates.

Game of Thrones season 8 episode 6, the official series finale titled “The Iron Throne,” aired tonight, and although it’s only been available to watch for a few short hours, fans have already begun flooding IMDb with their thoughts on the episode, and they aren’t very flattering.

This article will explore some of tonight’s GoT episode in detail, so this is your official MAJOR SPOILER WARNING. Do NOT continue reading if you aren’t caught up on the series or season, and if you don’t want anything ruined before you get to watch tonight’s episode.

When you play the game of thrones, you win or you die.

Season 8 in general has left many fans of the fantasy series with a bad taste in their mouth, and tonight’s episode was no different. It should come as no surprise that there were plenty of disappointed reactions with the way the episode played out, and although the final episode of the series was always going to make some fans angry, it seems as though this season has really left fans disheartened and feeling let down by the showrunners. One fan even started a Change.org petition demanding the David Benioff and D.B. Weiss remake the season!

Tonight’s episode saw the aftermath of Daenerys Targaryen’s rampage on King’s Landing, what was left of the city after she and Drogon torched it, and Jon’s reaction to her decision to murder thousands of innocent people, among other things. The episode only really showcased one significant death, (the lack of deaths surprised many), and almost every storyline wrapped up in a nice, neat, (again … surprisingly) happy package, which is far from what most expected for the end of the series. 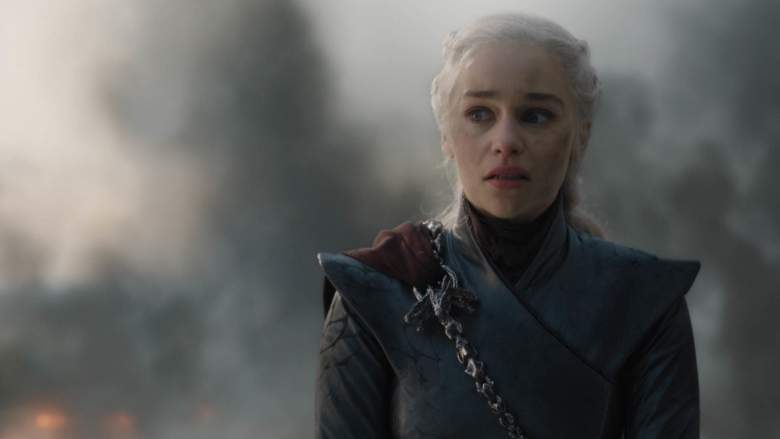 HBOGame of Thrones spoilers and leaks

There has already been talk on social media about how the showrunners left no room or time to digest Dany’s new “Mad Queen” storyline, which ended as quickly as it began, and many are disappointed with how the series wrapped up the rest of the character arcs. Despite the badass scene with Drogon destroying the Iron Throne, the entire episode itself was pretty slow and basically involved everybody going their separate ways and starting a new life with Brandon Stark as the new King of Westeros.

However, as expected, many fans were disappointed with how some of the main characters’ stories wrapped up, and Twitter and IMDb are already lit up with fans voicing their disapproval of episode 6. IMDb had very few reviews up immediately following the episode, which I personally believe is because the site may have put restrictions on early reviewing (since people were reviewing episode 4 with low ratings before it even aired because they were disappointed with episode 3). However, with just over 10 hours of time to review at the time of this update, viewers definitely made their voices heard.

The ratings are unusually low for the series finale of the Game of Thrones.

10 hours after the episode aired, the finale has a pitiful 5.0 rating on IMDb, with 51,111 reviewers. That number is obviously expected to change throughout the week, as more fans get a chance to catch up on the episode and find time to rate and/or review. The screenshot above was taken at 6:15 a.m. CST on 5/20/2019. You can see that the majority of votes at this time are rated with only one star (nearly 40 percent of the votes), with a measly 20.7 percent giving the episode 10 stars.

Note: I have continued to check IMDb throughout the morning and early afternoon, and the ratings continue to drop every time I refresh the page. The episode is now down to 4.4, with 151,671 ratings at 8:53 a.m. CST on Tuesday, May 21.

The reactions to the episode varied between disappointment in the series finale episode and way the storylines played out, and feeling satisfied with the series’ conclusion.

“Any rewatchability is down the drain,” and “Is this a parody of Game of Thrones?” were two of the highest rated reviews on the site, with thousands of people agreeing that the episode wasn’t a worth series finale. The “any rewatchability” review had 1,036 out of 1,284 reviewers that found it helpful and/or agreed with the review. To avoid too many spoilers for fans, I won’t post the entire review, but you can read it here.

One reviewer wrote a letter to David Benioff and D.B. Weiss, thanking them for “destroying” the show and letting millions of fans down.

“I want to start off by saying thank you. Thank you to the visual effects crew, stunt co-ordinators, body doubles, extras, set designers, costume designers, camera men, George RR Martin, directors, the brilliant actors and so many other people behind the scenes of this once all-time great show – Not only have we the fans been incredibly let down, but the people who have put their physical blood, sweat and tears into the show have also had their beautiful hard work defiled.” You can read the rest of the “open letter” below.

I could go into incredible detail about all the things wrong with this season, some notable events: Jon being exiled for killing Danny who murdered hundreds of thousands of innocent people, Jon’s heritage being seemingly not important, the woeful execution of Danny going mad, Bran being king even though he didn’t do anything at all, Drogon flying off into the ‘sunset’, Rhaegal being killed, missing the reaction of Sansa and Arya’s when Jon revealed his real parents and most of all for me, no one sticking up for Jon in the meeting with all the powerful lords… He literally killed the woman he loved and saved countless lives in the process and he gets nothing in return, its shameful.

With the holes in the show – and there as so many – I think it’s a pathetic excuse of an ending. HBO wanted 10 seasons, but foolishly Dan Weiss and David Benioff decided they had enough, they wanted to wrap the show up so they could make mountains of money butchering yet another beloved franchise (Star Wars). I understand that not everything deserves a happy and perfect ending, nor can you please everyone. However, we spent nearly a decade following these wonderful characters, watching them develop and intelligently interact with each other since season 1. The ending to this show will never be forgotten, for the wrong reasons unfortunately. I hope Dan and David come out and apologise to the fans, we are the people that kept the show running, without the fans support there would have been no Game of Thrones on TV at all.

A Game of Thrones fan

“There’s a poetic justice to that. if you are considering getting into this show now, save yourself. and now my watch has ended,” another reviewer wrote. Another said “Oh my. It was like a High School drama class was given access to the GOT sets and allowed to act out their own little scripts.”

Another review, titled “I thought this would be the show I’d re-watch every year for all my life,” mentioned how there’s no fun in going back to re-watch a show when “you know how disappointing the ending will be.”

Most of the negative reviews targeted D&D specifically, and made it a point to thank the cast and crew for all of their hard work throughout the years. Many were angry about how rushed the final (two) seasons were, and felt like the showrunners cut the series short so they could focus on “butchering” the Star Wars franchise. Others felt like the series stopped being as good when they “ran out of source material” when author George R.R. Martin stopped writing for the show, and that D&D “slaughtered” the character development of nearly every main character on the show.

IMDbThere were plenty of positive review sprinkled in among the naysayers.

The positive reviews (see above) noted how pleased they were to see the character arcs come full circle, with one reviewer writing “Wow. That was just terrific. Heartbreaking and moving and satisfying and fascinating and challenging and disturbing.” Another mentioned “I realize I am in the minority but I was absolutely satisfied with the ending. I’ve read the books and followed the show since day one before anyone says I’m not a “true fan” and I felt it was well done. I feel like all the haters would have hated ANY ending that was given.”

This post will continue to be updated as more reviews pour in. Keep refreshing the page for updates, and let us know in the comments below what your thoughts were on the series finale.