Nick Viall doesn’t appear to be dating anyone right now. The former Bachelor star became engaged to Vanessa Grimaldi in 2017, but they called it quits soon after the season finale aired. Since then, Viall has been romantically linked to other women, but he maintains that he’s not in a rush to get into a new relationship.

“It’s one of those things — you date, you see what happens,” he told Us Weekly in December. “There’s no timeline when you’re single. I still hope to meet someone someday. That could be tomorrow, that could be in five years.” Viall, 38, described himself as “still single” and said that he doesn’t plan on returning to The Bachelor to find new love.

Happy #internationalwomensday to you all! Really looking forward to being in a relationship with one of you strong women soon, strong enough to stop me from posting pics like this.

“I don’t see myself going on The Bachelor anymore,” he revealed. “I’m there to support it and the occasional cameo, supporting the franchise when I can, but as a contestant and looking for love? I will never go on a reality TV show for that. Other than that, there’s other opportunities that I’m not pursuing or looking for, but who knows?”

Viall and Grimaldi released a joint statement after their split in August 2017. “We gave this relationship our all and we are saddened that we did not get the fairytale ending we hoped for,” the duo wrote. “We will continue to be there for each other no matter what.” Viall later said that he and Grimaldi no longer keep in touch.

In December, fans began to ship Viall and Haley Ferguson after he left flirtatious comments on Ferguson’s Instagram. He clarified their relationship during an interview with Hollywood Life. “Haley’s a good friend,” he said. “I love her to pieces, [both] her and her [twin] sister Emily. [But] no, we’re not dating!”

“I have yet to meet my person that I know of. Maybe I’ve met her and I just don’t know yet,” he continued. “I’m just actively open to meeting someone. The advantage of dating and having it not work out is you get to learn about yourself and as you get older you become a little more selective and narrow in on what you’re looking for. I suppose the hope for me is that, even though I didn’t find it yet, I hope I’m lucky enough to find it and it will be someone who’s a really great match for me. At least that’s the hope!”

In January, Page Six reported that Viall was dating Mad Men actress January Jones, and that they celebrated his birthday together in Los Angeles. Jones had previously said that she was a fan of The Bachelor, and that Viall was her Bachelor crush. Both eventually set the record straight, however, insisting that they are merely friends.

“He’s a friend of mine. He’s super sweet,” Jones told Entertainment Tonight. “I’m single. But, he’s a friend of mine and tells me lots of inside scoops.” Viall echoed Jones’ comments, telling reporters, “[I’m] not in a serious, committed relationship. I just want someone to make memories with, hopefully make me a better person.” 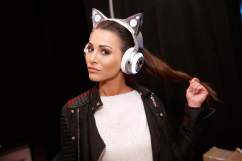 Andi Dorfman Boyfriend 2019: Is She Dating Anyone?