Serena Williams is one of the co-chairs of the 2019 Met Gala, and although she’s been married to husband and Reddit co-founder Alexis Ohanian for several years, she has been linked to several celebs in the past before settling down.

After meeting in Italy in May 2015, Williams began dating the Reddit founder later that year. In December 2016, Ohanian popped the question (which she posted about on Reddit), and they found out they were expecting the following month. They welcomed their first child, a daughter named Alexis Olympia Ohanian Jr., in September 2017, and officially tied the knot during a Disney-themed wedding in November that same year.

Before settling down with Ohanian and starting a family, Williams had dated a handful of athletes, rappers, and even one of her coaches. Here’s a look at Williams’ dating history and ex-boyfriends:

Sharapova’s boyfriend, Grigor Dimitrov, isn’t technically family, but he’s certainly a big part of her life. The ATP No. 11 player doesn’t exactly have a ton of time on his hands, but when he can, he attends her matches and offers support. (Getty)

Williams was rumored to have dated fellow tennis pro Grigor Dimitrov in 2012. Dimitrov is one of the most successful Bulgarian professional tennis player in the world. When the two split, Dimitrov moved on to date one of Williams biggest rivals – Maria Sharapova. After the two started dating, Williams reportedly said Dimitrov had a “black heart,” according to Entity Magazine.

Williams stepped out with Brett Ratner, director of X-Men, Horrible Bosses and Prison Break amongst other hits, between 2004 and 2006. They reportedly split after Ratner spent a week partying in New York with P Diddy, Jay-Z and Jermaine Dupri instead of hanging out with Serena. (Getty)

Serena dated the film director, most famous for the “Rush Hour” films, in 2004 and 2005, according to Entity. However, she reportedly dumped him because she felt “disrespected” when he chose to go to a New York party thrown by P. Diddy instead of attending one of her matches.

Williams and the Oscar-winning rapper Common dated on and off for more than two years, between 2007 and 2010. They first sparked dating rumors when she appeared in his music video for “I Want You.” They briefly split up in 2010, but resumed their relationship a few months later, before calls it quits for good, according to PopSugar. Common claims it was mostly a mutual breakup, but that Williams “initiated it.” 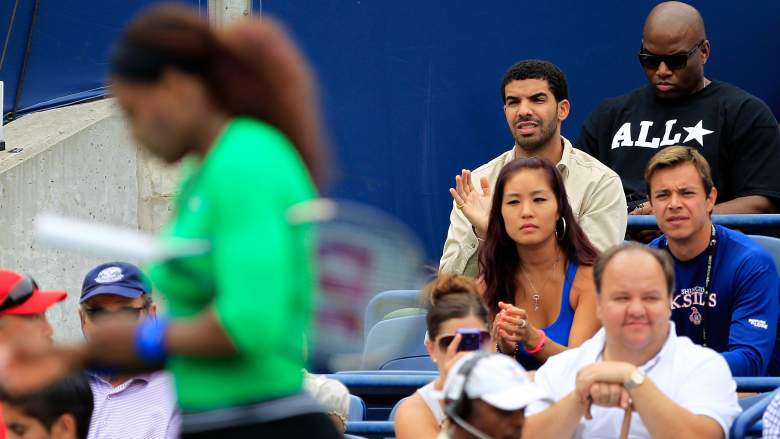 TORONTO, CANADA – AUGUST 14: Drake attends the final between Serena Williams and Samantha Stosur of Australia on Day 7 of the Rogers Cup presented by National Bank at the Rexall Centre on August 14, 2011 in Toronto, Ontario, Canada. (Photo by Chris Trotman/Getty Images)

Williams and rapper Drake first dated in 2012, but called it quits that same year. They rekindled their romance in 2015 after they were spotted locked in a steamy embrace at Sotto restaurant in Cincinnati, according to Entity. He was even spotted attending a few of her matches, although they split later that same year when she confirmed her relationship with Ohanian. His song “Nothings Into Somethings” is rumored to be about Williams and how she moved on with Ohanian so soon after their relationship, according to PopSugar. 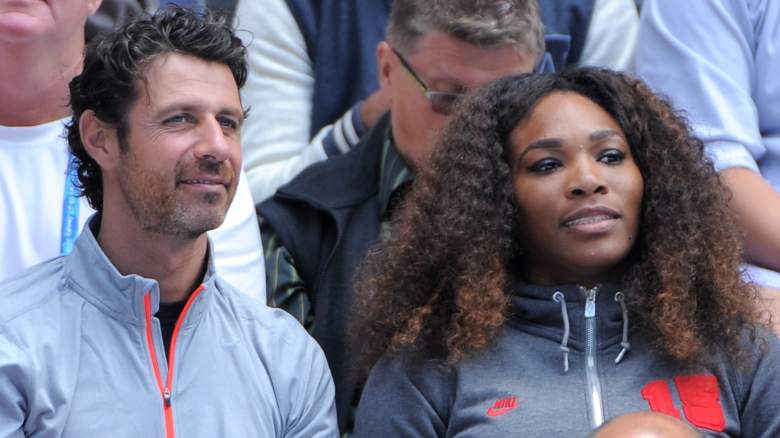 The tennis player reportedly started dating her coach in September 2012, according to PEOPLE. While they never confirmed their romance, they appeared together for various events during their nearly three-year “relationship,” PopSugar reports.

She has also been linked to Jackie Long, Keyshawn Johnson and  Amar’e Stoudemire, among many other notable athletes and celebs.

Tune in Monday at 6/7c to catch the red carpet coverage of the 2019 Met Gala, where Williams is a co-chair.