TLC Vianey and Allen are a codependent couple who both weigh over 600 lbs. and are embarking on their weight-loss journey together, with the help of Dr. Now.

Vianey and Allen, a codependent couple attempting to embark on their weight-loss journey together, are the subjects of tonight’s episode of My 600 Lb. Life. Both Vianey and Allen are attempting to travel to Houston to seek out the help of celebrity bariatric surgeon Dr. Younan Nowzaradan, most commonly known as Dr. Now, to try to shed some weight and get their lives back on track. But will they qualify for Dr. Now’s operation?

The official synopsis for tonight’s episode reads: “Weighing over 600 lbs. each, Vianey and Allen are locked in a codependent relationship based on a shared love of food. As they head to Houston, they will soon find out if their relationship can handle the strain of growing healthy together.”

“Over the past week, me and Vianey have been going over Dr. Now’s diet,” Allen says in the promo below. “But getting his diet was a bit of a shock because it seems like we have to give up everything good. And that’s just not what we were expecting.”

Vianey and Allen are trapped by their food addiction. Can they conquer this battle together? Tune in to #My600lbLife tonight at 8/7c. pic.twitter.com/4MDcOchr9C

He continues: “My biggest concern is for Vianey. I’m worried if she’s forced to give up everything she likes instantly overnight, then she could get really depressed. I’ve seen that before when she’s trying to diet and I don’t want that to happen again.”

The promo shows Allen driving to a store and immediately hopping on an electric scooter to get his shopping done. He consults a grocery list and grabs a slab of bacon, saying “I’m getting us a lot of high protein options, and I’m also getting us some snacks to make sure that doesn’t happen.”

The camera shows a quick flash of his grocery list, which shows ice cream, cookies, chips and peanut butter at the top of the list. “[The snacks] will help us get rid of everything we ain’t supposed to have.”

“We both know we don’t have a lot of time before out bodies give out, so if we don’t do this and get weight-loss surgery before that happens, then we are not gonna be alive much longer. So our options are down to doing this or die. And neither one of us is ready to die.” 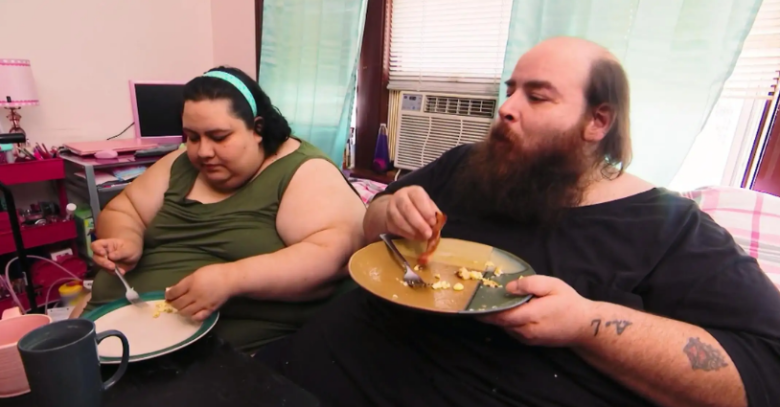 The couple admitted that food is what keeps them together, according to Distractify. “In many ways we were made for each other,” Allen, 51, says of his relationship with Vianey, 35. According to Distractify, Vianey developed a habit of overeating because of the way she was body shamed by her late mother growing up.

Allen struggles with mobility because of his weight, and can rarely sleep next to his wife because the two of them don’t fit on the bed together anymore. Distractify reports that Vianey is bed-bound, and ashamed of the fact that Allen has to “do everything for her.”

Allen and Vianey are heading to Houston together to meet Dr. Now, and the couple hopes to be able to get their health back on track and tackle their weight-loss journey together. During tonight’s episode, Allen is able to successfully get his weight-loss surgery, and Vianey had worked hard to shed enough weight for her surgery as well, losing 120 lbs. before she went under the knife. Unfortunately, due to medical complications, Dr. Now isn’t able to complete Vianey’s surgery. Vianey nearly died on the operation table after her heart stopped.

“You didn’t get the operation because your heart stopped,” Dr. Now announces while Vianey cries on the table. 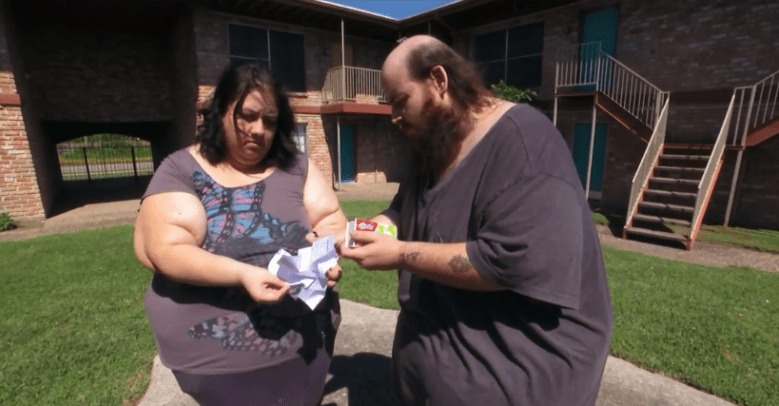 TLCVianey and Allen on My 600 Lb. Life

Although Vianey isn’t able to get her surgery, Allen couldn’t be more proud of how far his wife has come, and says that its his goal to support her every step of the way as she continues to lose weight.

“I’ve been really proud of Vianey and it’s my mission right now to make sure that she can get weight loss surgery as soon as she can… I love her so much and I can’t wait for us to get to where we both need together,” Allen tells the cameras.

According to Distractify, by the end of the episode, Vianey manages to drop 226 pounds and Allen is down to 376 pounds, having lost a total of 272 pounds.

Tune in tonight to catch Vianey and Allen’s story on My 600-lb Life, which airs Wednesdays at 8/7c on TLC.