The Bachelorette 2019 airs on Monday nights, at 8 p.m. ET/PT and 7 p.m. CT, on the ABC network, but, this week, the show has a different schedule. If you are trying to figure out what time the show airs or why it isn’t on TV tonight, the scheduling conflict has to do with the NBA Finals, according to Entertainment Tonight.

Tonight, Jimmy Kimmel Live will host a special, titled Game Night with actor Anthony Anderson and this will air on the ABC network, from 8 – 8:31 p.m. ET/. Then, from 8:31 – 9 p.m. ET, a program called the NBC Countdown will air. The description of this, according to Xfinity, reads, “NBC Countdown serves as the primer for game telecasts on ABC. It features a less-scripted format, highlighted by a lively round-table discussion and debate of the top storylines around the league. Seats at the table are reserved for host Michelle Beadle and analyst Jalen Rose. The latter imparts wisdom based on many years of playing experience.”

Then, from 9 – 11:30 p.m. ET, the 2019 NBA Finals: Golden State Warriors at Toronto Raptors will air. Episode 5 of The Bachelorette will not air until tomorrow, from 8 – 10:01 p.m. ET on Tuesday, June 11, 2019, on the ABC channel. And, when it comes to minimal spoilers on what to expect, the Xfinity synopsis states, “A front-runner finally gets a one-on-one date with Hannah in the breathtaking scenery of Scotland; a group of 10 suitors – wearing Scottish kilts – compete in the first-ever “Bachelorette Highland Games”. 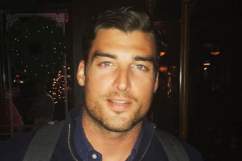 Last week’s episode ended with a bit of a “cliffhanger”, as Luke P. and Luke S.’s feud heated up. Some of the other guys voiced issues with Luke P. as well. In an interview with Entertainment Tonight, Bachelorette star Hannah Brown admitted that Luke P. makes her cry more than any other contestant on the show this season. She also said that she didn’t realize how explosive some of Luke P.’s behavior was until watching the show because she only had to go off of what she saw or heard while filming. Brown explained, “It’s going to be interesting for me to watch some of the things that happen because I only know what happens in the interactions with the men and based off what they say to me and what I feel with them. I don’t know what happens anywhere else. So, to see some of the things in the teaser, I’m like, ‘Oh… interesting.'”

On the other hand, Brown talked about the chemistry she has had with Luke P. to ET Online. She revealed, “There definitely is chemistry between Luke P. and I, and that is something that is worth looking into, and my chemistry with him is much stronger than maybe with somebody else, other men there, and that’s something that I’m going to investigate why my feelings are that way, even if he does have issues in the house. I just have to figure out exactly where those issues are rooted, but I’m not like a viewer, getting to see all the different things that are happening in the house… it’s a big part of my journey and how I decide to really just trust my gut and how I feel about a relationship and what I do to decide how I want to continue on.”

Next week, season 15 of The Bachelorette will resume its normal schedule, with episode 6 of the season airing Monday night, on the ABC channel, from 8 – 10 p.m. ET/PT and 7 – 9 p.m. CT. This brings viewers another step closer to finding out who is The Bachelorette winner 2019.

Read More
Reality TV, The Bachelorette, TV
For those wondering what time The Bachelorette 2019 episode 5 is on TV tonight, the schedule has changed this week. It's on tomorrow.