Celeste Wright, an elegant former attorney and envy of the entire town of Monterey, and Perry Wright, her young, successful businessman husband, are rich, attractive, and madly in love — or so the town believes.

Throughout season 1 of the hit HBO drama Big Little Lies, the couple, played by actors Nicole Kidman and Alexander Skarsgård, hid their tumultuous, unhealthy relationship, which was fraught with mental, emotional and physical abuse.

Here’s what you need to know about Celeste and Perry Wright’s relationship before watching the second season, which airs Sunday, June 9:

1. Celeste & Perry Had a Toxic, Abusive Relationship Hidden Behind The Perfect Family Facade

"-Would you dance with me ? I just want to hold you, look into your eyes, be in love with you, and feel you being in love with me. Would you ? " -Perry à Céleste- ~Big Little Lies 1*03~?? #biglittlelies #celesteandperry #love #nicolekidman #alexanderskarsgard

Celeste was once a high-powered attorney, but she gave up her career to become Perry’s wife and the mother of their twin boys, Max and Josh. At first glance, Celeste appeared to have it all: two beautiful boys, a lavish, luxurious lifestyle, and a husband who loved and adored her.

However, Celeste and Perry’s relationship was toxic and broken from the beginning, and the couple harbored a dark and volatile secret — Perry’s violent temper and his controlling, destructive attitude were kept hidden away from the prying eyes of the Monterey citizens. 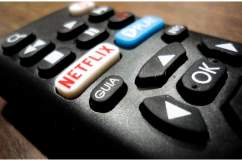 2. Perry Was Abusive & Used Sex as an Apology, So Celeste Started Making Plans to Leave Him

The vicious cycle of abuse eventually led the couple to seek out a marriage counselor; however, Celeste began seeing the counselor on her own, and with the help of her therapist, secretly rented an apartment and made plans to take the children and leave her husband. Perry eventually finds out about the apartment and confronts Celeste, begs her to stay, and promises to get help.

Warning: the following two facts are MAJOR SPOILERS! If you’re not caught up on the first season and don’t want anything ruined for you, turn back now or proceed at your own risk.

3. He Attacks Celeste Again, This Time in Front of Madeline, Jane, Bonnie and Renata

Perry chases Celeste into the Otter Bay fundraiser, where he tries to convince her to stay. She repeatedly tells him no, that she can’t take his abuse anymore and that she should have left him a long time ago, but he persists. She finally breaks away from him off and meets up with the rest of the women on a porch outside the assembly, but Perry follows her outside, where he confronts her once again, begging her to come to the car and talk things through.

When Celeste refuses to come with him to the car, he loses all control and violently attacks her again. Madeline, Jane and Renata all intervene, screaming at him to stop, but he continues to beat Celeste to the ground while knocking the other women away, until Bonnie comes running down the walkway and shoves him down a flight of stairs, killing him instantly. 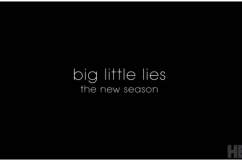 How Many Episodes & How Long Is ‘Big Little Lies’ Season 2?

2017 TV Moment Award nominee: The big reveal in Big Little LiesYou can vote for your TV moment of the year via our free Festival app which is available for IOS devices (iphone and ipad) and android phones and tablets. Search for 'Edinburgh TV Fest'2017-08-01T15:47:06.000Z

Right before Perry attacks Celeste, Jane gets a good look at his face and realizes that he’s the same man who raped her several years ago, resulting in the birth of her son Ziggy. The scene flashes back to Jane chasing him down the beach and pointing a gun at him, as Jane is hit with the realization of who he actually is.

The scene is packed with emotion and realization on everybody’s part; although Jane doesn’t say anything out loud, she stares, horrified, at his face and grips Madeline’s arm tightly. Both Madeline and Celeste appear to understand Jane’s sudden terror, which is when Perry looks directly at Celeste and attacks.

It isn’t clear if he attacked because he recognized Jane and knew he couldn’t talk his way out of what he did to her, or if she was just the tipping point to him snapping, but it certainly appears that her presence is what caused him to lose control and attack.

5. Author Liane Moriarty Revealed That Celeste & Perry’s Relationship Was Based On Personal Experience

Author Liane Moriarty revealed that Celeste and Perry’s relationship was based off her experience with a “really horrible ex-boyfriend,” who she took pleasure in killing off in the book and watching him die on the show.

Big Little Lies won several Emmy Awards in 2017 for the first season of the show, taking home eight awards, including one for Outstanding Limited Series. During Moriarty’s acceptance speech, she revealed that Perry and Celeste’s relationship was inspired by one of her own, saying “It came from a really horrible ex-boyfriend, who I took great pleasure in killing off. First in the book, and then it was very nice to see it happen in the series. Then Nicole took it from there.”

Tune in tonight at 9/8c to catch the season 2 premiere of Big Little Lies, only on HBO.