TLC Jenny and Sumit are featured on this season of TLC's spinoff series 90 Day Fiancé: The Other Way. Here's everything we know about the couple.

Jenny, a 60-year-old grandmother from California, and Sumit, a 30-year-old telemarketer from India, met via Facebook and quickly fell in love, despite some deception on Sumit’s part. The other five couples featured on this season are: Paul and Karine, Laura and Aladin, Tiffany and Ronald, Corey and Evelin and Deavan and Jihoon.

Here’s what you need to know about Jenny and Sumit:

Sumit Catfished Jenny When They First Met on Facebook

There’s a whole new way to 90 Day! Six Americans leave everything behind to follow their hearts in a foreign country. Don’t miss the new series #90DayFiance: The Other Way TONIGHT at 9/8c.

Initially, Sumit catfished Jenny by pretending to be a male model named ‘Michael Jones’ on Facebook, but he came clean once he started developing feelings for the California-based grandmother. She forgave him and traveled to India to meet the real man behind the Facebook page in person.

“You know, what you do for love, sometimes is unbelievable,” Jenny said on the show. “I think that everyone is entitled to happiness… I didn’t really think I would find love again, to tell you the truth.” 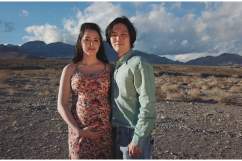 She Never Told Her Family That He Catfished Her

Leaving it all behind! ✈️Jenny is giving up everything to start over in India with the love of her life. See it on the new series #90DayFiance: The Other Way Monday at 9/8c.

Despite the fact that she was planning to uproot her entire life in California to travel halfway around the world to be with Sumit, she never told her family that he initially catfished her when they first got together.

“I never told you guys this ‘cause I didn’t really want to talk about it, but early on he actually didn’t tell me who he really was exactly,” Jenny finally tells her family on the show, according to Entertainment Weekly. 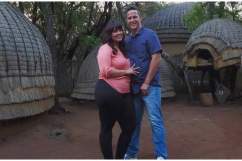 Tiffany & Ronald on ’90 Day Fiancé: The Other Way’

He Has to Keep His Relationship a Secret From His Family

Jenny decided to move to India to be with Sumit despite his initial deception, although they have run into some issues along the way. Specifically, Sumit’s strict, traditional parents refused to accept Jenny into the family.

In the meantime, Sumit is working on figuring out how to marry Jenny without his large Hindu family finding out, while Jenny prepares to leave behind her children, grandchildren and friends, to be with her soulmate.