Lifetime Matthew Gwynne and Amber Bowles are basketball lovers and stars of this season of "Married at First Sight."

Matthew Gwynne and Amber Bowles, one of four couples featuring on this season of Lifetime’s hit experimental reality series Married at First Sight, are both basketball enthusiasts that appear to be a match made in heaven.

For those who are new to the series, MAFS sets willing participants up with a person whom they marry without ever knowing each other beforehand. The show then follows the ups and downs of the newlyweds as they navigate their lives with their new, “stranger” spouses.

Here’s what you need to know about Gwynne and Bowles:

1. Gwynne is an International Basketball Player Who is Thrilled That His Wife Loves the Sport as Much as He Does

According to the couple’s bios on Lifetime‘s website, both Gwynne and Bowles both love basketball. His bio states that he is an international basketball player “who has been single for more than a year and is looking for someone who can adapt to his schedule,” and it appears the MAFS experts found him a perfect match.

According to Distractify, Gwynne can’t believe his wife loves the sport as much as he does. “She likes basketball,” he remarked. “I can sit there and talk basketball with my wife. It doesn’t get better than that.”

Married at First Sight Season 8 Couples Updates Since the Show

2. Bowles Thinks it’s ‘Funny’ That the Experts Matched Her With a Basketball Player & Says She Goes to Hornets Games Frequently

According to Distractify, right before she walked down the aisle to meet her soon-to-be husband, she told her father she wished she were at a basketball game, and he helped calm her nerves by telling her that getting married is “just like standing up and shooting a foul shot. Just like shooting into a basket. You’ll be the basket.”

She also mentioned how funny and perfect it was that the experts matched her with a basketball player, telling Distractify that “you don’t even know, I go to Hornets games all the time. I am so relieved because this is everything I ever wanted,” she added.

Gwynne is originally from Charlotte, NC, but he played for a top professional team based out of Mexico called the Libertadores de Querétaro, who are based in Querétaro City, Distractify reports. Matt plays Forward/Center and has played for other Mexican teams like Mineros de Zacatecas, Abejas de León, and Jefes Fuerza Lagunera, according to Distractify. He has also played for the Campbell University Camels while attending school at UT-Chattanooga.

According to E! News, the 31-year-old international basketball player is gone for several months out of the year, which has significantly affected his previous relationships, so he was looking for somebody who could “adapt to his schedule.”

Distractify reports that Gwynne may have recently left his basketball career behind to work a local job in Charlotte.  Although his Instagram profile is private, his bio says he is a camp director and a musician, as well as a professional basketball player.

Married at First Sight Cast 2019: Who Are the Experts?

4. Bowles is a Family-Oriented Middle School Teacher & Has an Identical Twin Sister

According to her bio on Lifetime, Bowles is a 27-year-old middle school teacher who “loves to travel and enjoys reading.” Her bio describes her as bubbly and energetic, and very family-oriented.

According to Distractify, she’s been wanting to meet her “Mr. Right” for several years. “I want love so badly at this point in my life and I really want to build a family of my own,” she told the publication. She said she is ready for her own “forever” and doesn’t want to date anymore, People reports

5.  Gwynne Has a ‘Strained’ Relationship With His Parents & Bowles’ Mother Came Out When She Was 4-Years-Old 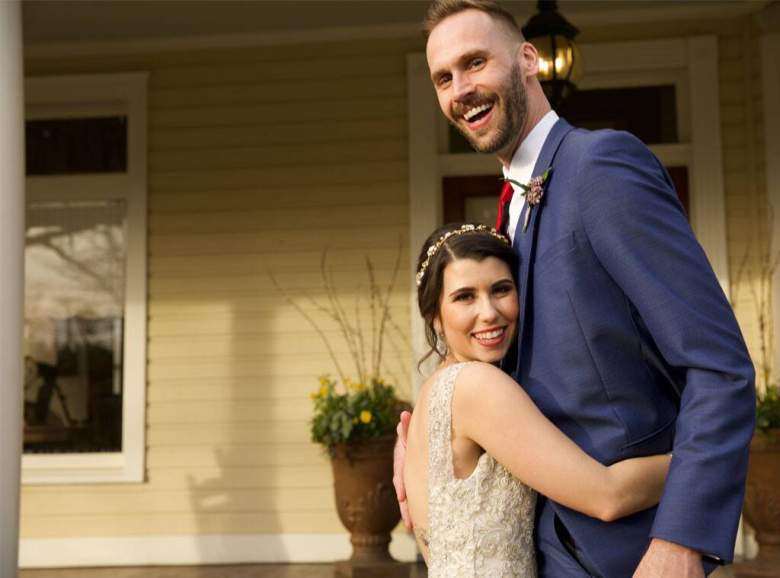 Per his Lifetime profile, Gwynne has a “strained relationship with his recently divorced parents,” so he doesn’t appear to be as close to his family as his new wife is.

People also reports that Bowles’ mother came out as gay when she was 4-years-old, and “moved to Massachusetts to find acceptance.” It’s unclear if she is close to her mother or not, but she has stated that she is very close to her twin sister and father.