Instagram Paola Mayfield, star of the hit reality series 90 Day Fiance, has been friends with her bestie Juan Muñoz Palacio for more than 15 years. Here's what we know about Juan.

Paola Mayfield’s best friend Juan doesn’t get along well with her husband Russ, which has been a consistent point of contention between Pao and Russ throughout their relationship. Russ has often voiced that he felt like Pao was always siding with Juan and not supporting or defending him enough, while Juan has told Russ to his face that he doesn’t agree with his and Pao’s relationship.

Tonight’s episode will see one of Paola’s old friends “stirring the pot,” according to the TLC synopsis of the episode, which has fans wondering if there will be another showdown between Juan and Russ.

Here’s what we know about Paola’s best friend, Juan Muñoz Palacio and his relationship with Paola and Russ:

1. Juan Doesn’t Support Paola’s Relationship with Russ & Has Made That Clear Several Times on the Show

Is Paola Right Not To Take Russ's Side? | 90 Day Fiance: Happily Ever After?90 Day Fiance: Happily Ever After? | Watch It On The TLC GO App! Russ sounds off on Paola's friend Juan. Full Episodes Streaming FREE: http://www.tlc.com/tv-shows/90-day-fiance-happily-ever-after/ Subscribe to TLC: http://bit.ly/SubscribeTLC Facebook: https://www.facebook.com/TLC Twitter: https://twitter.com/TLC2017-09-16T02:00:00.000Z

In the clip above, you can watch one of the many moments Juan confronted Russ about his relationship with Pao, and how he doesn’t support it because Russ “changed [Paola’s] life to live [his] life.” The comment angers Russ, who tells Juan that he has no idea what he’s talking about before he leaves the table.

The camera then jumps over to Russ, who says he is “really sick and tired” of Juan, and how he’s glad Juan lives in Columbia because he doesn’t respect Russ or Paola or their relationship together. Pao says she has known Juan since before she met Russ and their friendship is really important to her, which is why she doesn’t let Juan’s attitude about her relationship with Russ bother her because she “accepts people for who they are.” Check out the full clip above. 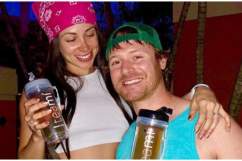 Paola and Russ Net Worth on 90 Day Fiancé: 5 Fast Facts You Need to Know

2. Paola Regrets Not Taking Russ’ Side More Often & Wishes She Had Been more Supportive of Her Husband

Boob ready for take off? first time is always scary ??

Because Russ has voiced his concerns about Pao taking Juan’s side over his, the reality star has admitted that she regrets not being more supportive of her husband over the years that he and Juan have been at odds.

“The biggest thing that I feel is haunting me is not being able to support my husband, and give my husband the place he deserves when it comes to my best friend,” Paola said earlier this year, according to Us Weekly. “My best friend has always been my life … [but] I didn’t back my husband up, and it’s just something I really regret.”

In an earlier episode of the show, Juan told the cameras that Paola changed for Russ, and that both he and Pao’s family noticed it. He said that her life became “sad” when she moved to America, and he didn’t like the things that Russ did to her early on in their relationship.

“Did Paola change for Russ? I’m 100 percent sure,” he told the cameras in the clip above. “Her family agrees with me. Her family knows that unfortunately, when she went to live with him, her life became a little sad.” 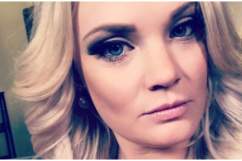 Ashley Martson Boyfriend: Is the 90 Day Fiancé Star Dating Anybody?

4.When She & Russ Found Out She Was Expecting, Paola Worried Juan Wouldn’t be Supportive

When Pao first told Juan she was pregnant, she worried how he would take the news, which was upsetting her because she wanted Juan to be part of the baby’s life. She had even considered not allowing Juan to be around the baby depending on how he reacted to the news, because she was worried he would bring negativity into their lives.

“He has to accept it no matter what,” Pao told Us Weekly last summer. “There’s nothing he can do about it, and I don’t want the negativity around us because we’re going to be parents.”

However, Paola was pleasantly surprised to see that Juan was thrilled for his friend’s pregnancy, telling Us Weekly “I told him, ‘Look, this is gonna happen, so I don’t want you to find out through someone else,’” Pao told the publication last July. “And he was like, ‘I’m about to cry. Even though I know I’m not a big fan of Russ, this is amazing because I love you and I know what you’ve been through, so I’m really happy for you.’”

Russ wasn’t as quick to forgive or forget his issues with Juan though, and didn’t want Paola to let Juan watch the baby alone. “I was not for Juan watching him,” the 90 Day Fiancé star told Us Weekly in May. “He made comments before, when she first told him she was pregnant that I didn’t appreciate.”

5. Although She Has Attempted to be More Supportive of Russ Over Juan, She Has Made it Clear to Her Husband That She Won’t Throw Away Her Friendship With Him

Paola and Juan have been friends for more than 15 years, which is longer than she and Russ have been together, and she has made it clear to her husband several times that her friendship with Juan is extremely important to her and that she will not just call it quits because Russ can’t get along with him.

She has continued to work with both of them and is hopeful for a future where the two can put their animosity aside and get along, for her sake. In the meantime, she and Juan visit each other when they can, and Pao occasionally gives her bestie shoutouts on social media to tell Juan that she misses him.

Tune in Sundays at 8/7c on TLC to catch the newest episode of 90 Day Fiancé: Happily Ever After.

READ NEXT: Nicole & Azan 90 Day Fiancé Update: Are They Still Together?

Read More
90 Day Fiance, Reality TV
Paola Mayfield, star of the hit reality series 90 Day Fiance, has been friends with her bestie Juan Muñoz Palacio for more than 15 years. Here's what we know about Juan.