Instagram Russ and Paola Mayfield, stars of TLC's hit series 90 Day Fiancé, both have successful careers; Russ works as an oil engineer and Paola is a model.

Paola and Russ Mayfield, stars of the hit TLC series 90 Day Fiancé, have a net worth of $450,000, according to The Richest. The couple’s sizable income comes from a combination of their appearances on reality television, their day jobs and sponsored product endorsements that the two promote through social media. Paola has also had a minor role acting in a short film.

Russ is an engineer and Pao models when the two aren’t appearing on 90 Day Fiancé: Happily Ever After. Here’s what we know about the Mayfield’s net worth, how they earned it and what they do with it:

Hi loves, I’m so excited to share that I am a #fabfitfunpartner and show you what I got in my @fabfitfun Fall Editor’s Box ? so check out my IG story of the videos I did sharing my favorite products! #fabfitfun lets you customize your favorite products plus the Fall Editor’s Box is supporting Christina Applegate’s non­profit, Right Action for Women which provides financial assistance for women who are at increased risk for breast cancer, so I’m all about it! Don’t forget to check out the website www.fabfitfun.com for more information ? don’t forget to use “PAOLA” for $10 off your first Box!!!?

Aside from their day jobs, Russ and Paola also promote several products on their Instagram and other social media pages, including tea, fitness products, CBD gummies, fertility tests and more.

A surprising portion of Paola’s Instagram account is actually filled with pictures of her endorsing various products; Modern Fertility, FabFitFun, Veritas Farms, Brighter White and Abs2B Fitness are just a few of the most recent brands Pao has endorsed. She also fills her Instagram page with pictures of Russ and her son Axel. 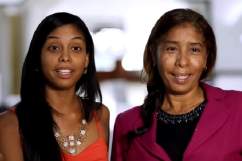 2. Paola Has Starred in the Short Film “Pax Masculina” & Has Her Own Online Personal Training Business

I know some of you have been concerned about me working out now that I'm pregnant which is why I want to explain a little bit about the benefits of working out while pregnant. Regular exercise may help prevent or treat gestational diabetes, bloating, swelling, constipation, a better labor, give you energy, makes you happy, help with backaches, improve your posture, fatigue, and it will help you stay FIT! So many benefits just by staying active! But remember that it is not a good idea to do heavy training or heavy loads if you haven’t workout before and you are just starting but of course, if you want to stay healthy and start working out you can easily start with a beginners program! When working out while pregnant avoid increasing your core temperature and drink lots and lots of water! Always keep yourself hydrated and hey, if you are not pregnant then I know you can do it too! . . . Ps: I did not anchor my rope? but that didn’t stop me?? #battleropesworkout #beachworkout #pregnancyworkout #superpaofit

According to her IMDb bio, Paola acted in the short film Pax Masculina in 2017. The site states that she played an extra – “High School Girl” – in the movie.

She’s also a model for CS Talent Entertainment, according to The Richest.. Pao is a personal trainer and launched her own online fitness training business which also brings in an extra form of income for her small family, The Richest reports.

3. Russ Wasn’t Happy With Paola’s Modeling Career When She First Came to the United States

When Pao first came to the U.S. to be with Russ, the couple settled in Oklahoma with Russ’ family. Paola realized there weren’t many modeling opportunities for her in Oklahoma so she relocated to Miami, where she launched her career.

Russ wasn’t too thrilled with her modeling at first; he was reportedly unhappy with some of the gigs she was landing, which included modeling lingerie. However, he lost his job soon after, so they were relying solely on her income while he was looking for another job. He eventually came to terms with her career choice, and told his fans that although he initially wanted to keep her “curves a mystery,” he was proud of his wife and her career. 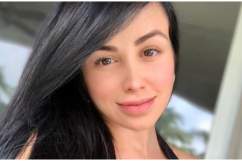 4. Some Fans Believed Paola Was Using Russ for His Money & a U.S. Visa When They First Got Together

There’s much more to me than what you see on tv. I’m honestly not the jealous type and although I’d had preferred to keep my wife’s curves a mystery, especially when it comes to the lusting creeps out there. I accept and am proud of my wife for the beautiful woman she is and she’s all mine but like most relationships, we find ourselves with differing opinions at times and love costs and takes effort for it to work. I am tired of the comments from the marriage “experts” stating I deserve better, my wife doesn’t respect me, or she only loves me for my money and so on and so forth. The mere glimpse of our lives shown doesn’t always show our best moments but impressions and expressions from our cultural differences and how we are coming together as an even stronger couple. If I or my story bores you and creating a mocking meme or mocking comment of me and/or my wife is how you make yourself feel better about your unshared and perfect life, well thank you for your benightedness as it only spices us up even more, so go on and keep hating and commenting to better your dull lives because your opinions are meaningless in my eyes but you’re only hurting yourself hiding behind your keyboard which proves nothing to you or me especially when I have yet to meet someone to end a conversation with me with such nescience and mockery. I am proud of where I come from and where I am going and that’s with the love of my life, whom I love for better or for worse. I am not perfect and only look for support from my followers, not hypocritical and judgmental ignorance seeking ‘like’ attention. #russandpao #oklahomanabroad #happilyeverafter

When Russ first brought Paola back to the U.S. from Columbia, many fans were worried that she was using him for her green card and for his money. However, Russ shut those rumors down quickly enough, writing on Instagram that Pao loved him for him, wasn’t using him for money, and that she is the “love of his life.”

“I am tired of the comments from the marriage ‘experts’ stating I deserve better, my wife doesn’t respect me, or she only loves me for my money and so on and so forth,” he wrote on the picture above. “The mere glimpse of our lives shown doesn’t always show our best moments but impressions and expressions from our cultural differences and how we are coming together as an even stronger couple.”

He continued: ” I am proud of where I come from and where I am going and that’s with the love of my life, whom I love for better or for worse.”

Are you guys ready for tonight's episode ✌?of 90 day fiance Happily Ever After? ???‍♀️? . ?Am I the only girl that likes adrenaline and motorcycles? ?#90dayfiance #90dayfiancehappilyeverafter ? #russandpao My gorgeous dress by @fashionnova

The stars of 90 Day Fiancé reportedly make a significantly lower amount of money than many other reality stars, with most of them making as little as $15,000 per season, with an added bonus of $2,500 to appear in the tell-all, according to Cheat Sheet. Nikki Cooper, a friend of David Toborowsky who appeared on 90 Day Fiance season 5, revealed the cast members only get paid $1,000 per episode.

However, other 90 Day Fiancé stars have found ways to bring in extra income, with some making millions of dollars annually. The Richest states that Colt Johnson’s net worth is approximately $500,000, while stars Elizabeth Potthast and Ashley Martson make around $600,000 respectively. Molly Hopkins makes a staggering $1-10 million dollars, according to The Richest.

READ NEXT: Andrei & Elizabeth’s Net Worth on 90 Day Fiancé: 5 Fast Facts You Need to Know