Ansley Burns recently appeared on America’s Got Talent. She told the judges that she was going to sing a cover of Aretha Franklin’s “Trust,” but as she began to sing, Simon Cowell cut her off. The flub caused Ansley to go viral, and the performance has gotten over 10 million views on YouTube.

Ansley, 12, said that being on America’s Got Talent was a dream come true. “It’s like I’m stepping inside the television because usually I watch it on TV and now when I see it, it’s right over there,” she joked. Within moments of her singing, however, Cowell put his hand up and urged her to stop. “Sorry, babe. I don’t think this backing track was working for you. I mean, it was a horrible, horrible backing track,” he said. “So I don’t think we can judge you properly on this, I really don’t.”

“We really like you, but that was terrible,” he added. “If you’re gonna sing Aretha, you’ve gotta have a great track. I’m just wondering whether we should just do a verse and a chorus maybe a capella?” Ansley is visibly shaken by the suggestion, and Cowell counters by offering her some water. The judge then walks over to her and gives her drink from his water cup. “This will help,” he quipped. “It’s like magic water — it’s yours.”

Ansley takes Cowell’s advice and gives a stunning a capella performance of “Trust.” Afterwards, the judges praised her ability to bounce back after a shaky start. “I think your level of professionalism at 12,” said Gabrielle Union. “I mean, I work with people three, four, five times your age who don’t have the talent that you have in your little finger. You are really something special.” Julianne Hough said that she absolutely “crushed it,” while Cowell added, “We’re gonna remember you; you have a great voice.”

Ansley talked to Greenville News about her performance, and revealed that she was battling a cold while she was on stage. “I was sick,” she said. “Some people didn’t notice, but if you were behind the scenes, my mama bought all of the medication in California to make me feel better.” Her mother Stephanie confirmed her story, before going on to praise her daughter for rising to the challenge. “The stress was on to get her better in a certain amount of time so she could perform the song,” she remarked. “But she powered through and did what she had to do.”

Ansley also said that the flubbed start has brought her more attention that she would have gotten if she had gotten it right the first time. “I have 115,000 friend requests on Instagram,” she explained. “It’s pretty awesome. I knew it would be big, but I never thought it would be this big.” 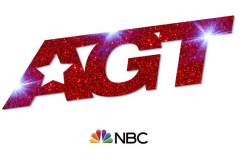 Who Is Performing on ‘America’s Got Talent’ Tonight? 6/25