Ashley Jacobs appeared on season 5 of Southern Charm, as the girlfriend of Kathryn Dennis’ ex and father to her children, Thomas Ravenel. She soon became the designated villain, attacking Dennis’ parenting and participating in a rocky relationship with Ravenel. After charges of sexual misconduct were brought against Ravenel, he and the Bravo network have parted ways. But, that doesn’t mean Jacobs didn’t sign on to still be a part of the show.

Jacobs returned for season 6, confessing that she and Ravenel had split. She also said she wanted to make amends with all the cast members she had insulted or wronged, but, when she was met with pushback, Jacobs continued to fire off comments.

When Ashley Tried to Apologize

During season 6 of the show, Jacobs met with cast member Naomie Olindo because she said Olindo would “give it to her straight.” When a reluctant Olindo sat down with Jacobs, she asked Olindo about Dennis and how she would go about repairing the relationship. Jacobs lamented to Olindo that “There were some people who put things in my head about Kathryn. They were my actions, and I own them. But, when I realized, I wish I could go back in time and fix it with Kathryn, it’s too late. But I’m actually on Kathryn’s side!”

Olindo basically told Jacobs it was hopeless. But, on episode 13 of season 6, Jacobs attempts to speak with Dennis. The episode description states, “Ashley asks for another chance, and Eliza invites her to the fox hunt; Ashley and Kathryn come face to face for the first time in a year, and the gang prepares for a brawl.” 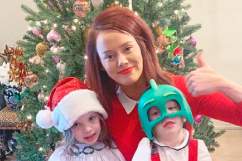 Kathryn Dennis Fights for Custody of Kids with Thomas Ravenel

Ashley Jacobs as the Villain

Being called the “villain” on the show, Jacobs said it has taken its toll. In an interview with Entertainment Tonight, Jacobs said, “For me to be dubbed the villain, it hurt. I started to think, you know, where did I go wrong, and what could I have done differently? I can certainly be blunt, and I can certainly … I have a sharp tongue, and I know how that can be misconstrued.”

Jacobs also admitted that calling Dennis an “egg donor”, among other things, was the wrong thing to do. Jacobs explained, “I did say some hurtful things. My No. 1 regret is saying those things to Kathryn. My regret is not keeping my mouth shut. My regret is letting my feelings get the best of me, and reacting without thinking. Sitting on those feelings. My regret is saying those things in front of a large group, not pulling her aside and talking to her, and explaining my feelings.” She continued, “They never wanted to be my friend to begin with, that’s the truth. But I dug myself a deep grave that I just thought I had to try to make them understand.”

Jacobs said she wished she could do a lot of things different and that, because of her relationship with Ravenel at the time, she suffered from depression and lost a lot of weight. She told ET Online that she is still paying the price for some of her mistakes. 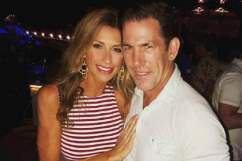