Brenna D’Amico is the rumored ex-girlfriend of Cameron Boyce. The two supposedly dated for a couple of years, from 2015 through 2017, according to popular celebrity dating database Who’s Dated Who. It is believed that D’Amico met Boyce in 2015 when they both worked on the same project, The Disney Channel movie Descendants. In the movie, D’Amico played the role of Jane and Boyce played the role of Carlos.

On Saturday, it was reported that Boyce died at the age of 20 after having a seizure in his sleep. His family released a statement in which they confirmed Boyce’s death. He had been dealing with an on-going medical condition but further details about said medical condition were not released.

1. She Posted a Tribute to Boyce on Sunday & Fans Have Taken to Her Latest Instagram Posts to Leave Condolences

“I don’t have the words right now. All I can say now is that he had so much more to do and so much more to give. He was amazing in so many ways. I will miss him forever. My heart goes out to his mom, dad, sister, and everyone who loved him so so much,” she captioned the pic.

One of D’Amico’s previous Instagram posts that was uploaded three days ago is a picture of her with actress Melanie Paxson, who also stars in Descendants. The photo was a sort of a promo for the newest film in the series, Descendants 3, which is slated for release next month. Many fans have commented on that post, leaving their condolences.

“I’m sorry for your loss,” wrote one Instagram user.

“How am I supposed to watch Descendants when Cameron Boyce is not alive?” wrote another. 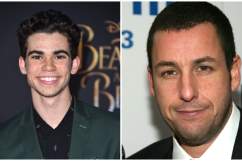 2. She Is Thought to Have Dated Boyce for About 2 Years

D’Amico and Boyce were together for about two years, according to Who’s Dated Who. They got together in 2015 after meeting on Descendants and split two years later.

In a 2017 interview with RAW, Boyce talked about dating. During a word-association game, he seemed to confirm that he didn’t have a girlfriend. He was asked the first thing that came to mind when he heard certain phrases. For “girlfriend,” he responded, “hard to get one.” For dating he jokingly said “gross,” and for kissing he said, “not so gross.”

You can watch the interview below.

In another interview, this time with Young Hollywood, Boyce was asked if he’d ever been heartbroken.

“I don’t even know if I would consider it heartbreak, it’s sort of disappointment. Things happen, you know, you gotta move on,” he said.

3. She Is Known for Her Role in the TV Movie Series, ‘Descendants’

D’Amico is best known for her role in The Disney Channel television movie series, Descendants. She starred in the first film in 2015 and reprised her role as Jane in 2017. Descendants 3 is slated for release in August and will also feature D’Amico. The films were directed by Kenny Ortega.

“The teenage son of the king and queen of Auradon offers the trouble-making children of villains a chance to attend prep school in the kingdom,” reads a description of the first Descendants movie on IMDb.

D’Amico also starred in the 2018 television series, Chicken Girls. She has been extremely busy this year and recently wrapped production on three films, Saturday at the Starlight, The Never List, and Adventures of Dally & Spanky. The latter of those three films has gone straight to DVD and is slated to hit shelves on September 10. 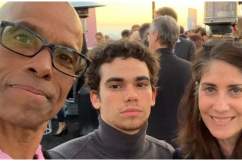 4. She Was Born & Raised in Chicago & She Started Performing When She Was 8

D’Amico was born and raised in Chicago, Illinois. She started performing when she was 8 years old and really took to singing and dancing.

She has since moved to Los Angeles where she continues to pursue her dream. So far, she’s had some pretty great success.

D’Amico is a girl of many talents — ones that go far beyond acting. She is said to be a skilled musician and plays both the guitar and the piano. A few years ago, she started her own YouTube channel on which she would upload videos of herself singing and playing instruments. The channel has more than 13,000 subscribers.

You can watch her cover of Tori Kelly’s Should’ve Been Us in the video below.

5. She Is Currently Dating Christian Weissmann

Appreciation post for this amazing human being. So grateful to have you in my life. I love you♥️✨

These days, Brenna D’Amico is dating Christian Weissmann. Weissmann is an actor, known for his roles in When the Starlight Ends (2016) and American Housewife (2016). While it’s unclear how long the two have been together, Who’s Dated Who lists them as officially dating in 2019.

D’Amico and Weissmann often share pics and videos together on their respective social media accounts.

“My Christian. You are so thoughtful, so strong, soooo damn funny & I love your magnetic personality. Thank you for being you. I’m very, very grateful you are in my life. You make my days brighter. HAPPY BIRTHDAYYYY!!! I love you,” she captioned a photo of her boyfriend on his birthday earlier this year.

READ NEXT: Did the California Earthquake Cause Damage at Disneyland?