Cameron Boyce’s “ongoing medical condition” has been revealed to be epilepsy, a condition that is often marked by seizures. According to TMZ, Boyce was found unresponsive by one of his roommates. Paramedics were called to the home but were unable to revive Boyce, who died in his sleep on Saturday, July 6.

“It is with a profoundly heavy heart that we report that this morning we lost Cameron. He passed away in his sleep due to a seizure which was a result of an ongoing medical condition for which he was being treated. The world is now undoubtedly without one of its brightest lights, but his spirit will live on through the kindness and compassion of all who knew and loved him. We are utterly heartbroken and ask for privacy during this immensely difficult time as we grieve the loss of our precious son and brother,” a spokesperson told ABC News on behalf of the Boyce family.

1. What Is Epilepsy & How Is it Treated?

Epilepsy is defined as “a neurological disorder marked by sudden recurrent episodes of sensory disturbance, loss of consciousness, or convulsions, associated with abnormal electrical activity in the brain.”

For many patients diagnosed with epilepsy, medication can greatly help keep seizures at bay. It is possible, however, that certain medications can be less effective, especially over time. Epilepsy patients work closely with doctors to ensure that they are on the proper dosage of medication and that the medication or medications are working properly.

According to the Epilepsy Foundation, there are other methods used to treat epilepsy as well. Those methods include dietary therapy and sometimes surgery.

An epilepsy diagnosis can be frightening, but statistics show that patients with the condition are usually able to live full lives with proper treatment. According to Pub Med, patients diagnosed with idiopathic/cryptogenic epilepsy could see a life reduction of about two years. The reduction in people with symptomatic epilepsy can be up to 10 years.

Seizures, however, can be life-threatening, though they usually aren’t. As the Epilepsy Foundation points out, “most seizures end on their own and cause minimal concerns.”

During a seizure, it’s possible for a person to get hurt (bruises, cuts, etc.) as they have no control over their bodies. Additionally, other medical problems can develop and, in some cases, life-threatening emergencies could occur.

There is also something called sudden unexpected death in epilepsy (SUDEP) which is “likely the most common disease-related cause of death in with epilepsy,” according to the Epilepsy Foundation.

About 1 in 1,000 epilepsy patients die from SUDEP each year.

“The person with epilepsy is often found dead in bed and doesn’t appear to have had a convulsive seizure. Over one-third of the time, there is a witnessed seizure or signs of a recent seizure close to the time of death. They are often found lying face down. No one is sure about the cause of death in SUDEP and it may differ between cases. Some researchers think that a seizure causes an irregular heart rhythm. Other research has shown that breathing difficulties following a seizure lead to death,” the Epilepsy Foundation reports.

While it’s unclear if Boyce died from SUDEP, an autopsy should give more definitive answers.

4. Boyce’s Death Has Been Categorized as ‘Natural’ by Law Enforcement & a Full Investigation Has Been Launched

Boyce’s death was described as “natural” by law enforcement.

“Law enforcement sources say they have characterized it as a ‘natural death.’ As bizarre as it sounds — a 20-year-old dying of a seizure — the term ‘natural’ refers to conditions in the body which result in death,” TMZ reports.

Despite his medical condition, law enforcement has launched a full investigation into his death, according to The Blast.

An autopsy report has been scheduled and a full toxicology report will be conducted. The full results could take four to six weeks to be completed. 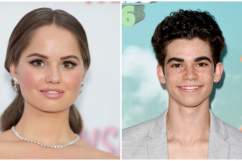 Since Boyce’s death was reported over the weekend, several of his friends and colleagues have posted tributes to him on social media. Boyce’s uncle, London Boyce, took to Instagram on Sunday to post the following message.

“My heart is broken. I’ve lost my beloved nephew. Words cannot express how sad I am right now but Cameron left an indelible mark on all who were blessed to share any moment with him. He was a constant beacon of light a pure joy and a beautiful soul. He lived a short life but it was awesome and exciting and fulfilled. We will miss you with all our hearts Cameron but you will never ever be forgotten. REST IN HEAVEN. I LOVE YOU. Uncle Bruh,” the Instagram caption reads.

Other tributes have come from Adam Sandler, Salma Hayek, and Brenna D’Amico.