Chance the Rapper’s new album is here. The album is titled The Big Day, and is the rapper’s first new release since 2016’s Coloring Book. It was preceded by several snippets, and the lead single “GRoCERIES” featuring TisaKorean and Murda Beatz.

The Big Day was originally scheduled for release at 9 p.m. PT on Thursday (July 25) or midnight ET on Friday (July 26) depending on your time zone. It experienced a brief delay, but is now available on all streaming services. We’ve listed all the different platforms that the album is available on, and the ways in which you can listen below.

You will be able to stream Chance the Rapper’s studio album on iTunes and Apple Music. If you have an Apple Music account, you can go into the app on your phone or tablet and set the notifications to alert you when the album is out. Click here to learn how.

Based on the standard release schedule for Spotify, Chance the Rapper’s album will also be available to stream on the platform. If you don’t have a Spotify account, you can sign up for one here and pay only $0.99 for the first three months.

Chance the Rapper’s album will also be available to listen to on Tidal. The streaming service offers a free 30-day trial with Tidal Premium, which provides  access to music videos and curated playlists.

Chance the Rapper has been teasing the release of The Big Day for several months. He released the official tracklist on Apple Music, which you can check out below.

While the album has yet to reveal its feature list, Kanye West has been rumored to appear on the track, “Big Fish.” Chance talked about his collaboration with the legendary artist during his appearance on Everyday Struggle. “Kanye has said it before, but I think he thinks like for every move at least for the past few albums, he thinks about himself like 300 years in the future and how people will read things, and figures himself as trying to create a bigger blip on the long timeline,” he said.

“A lot of other people will be stuck in a very small space of where their art reaches or where their thoughts reach after they have died,” Chance added. “I think he does a lot of stuff for the attention of the masses to get that stuff documented and made into history. But I think also a lot of times, the attention he may be seeking is at the immediate detriment of some people who may need the attention more.” 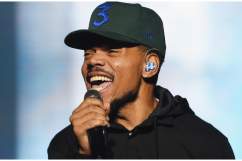 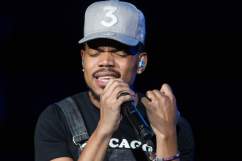 What Time Will Chance the Rapper’s ‘The Big Day’ Be Released?