Instagram "The Family Chantel" airs tonight at 10/9c on TLC. Read on to find out more about Chantel's family featuring on the show.

Chantel Everett, star of the hit reality series 90 Day Fiancé and the upcoming TLC spinoff The Family Chantel, has a large family that will be appearing alongside her on the spinoff. Her sister Winter, brother River, and parents Thomas and Karen will all feature on the show.

The Family Chantel will highlight the ongoing family feud between Chantel’s family and her husband Pedro Jimeno’s mom and sister, which has been documented on 90 Day Fiancé for several years. Here’s what you need to know about Chantel’s family:

1. Chantel’s Mother Karen is Working on Publishing a Book

Hello beautiful and yes I mean you! This is the beginning of something big as I have sent my first manuscript to the publisher and they loved it! With that being said my first book will be out and ready for you to read real soon! Enjoy! ❤️

Chantel’s mother Karen, who has been at the center of a lot of drama between Chantel and Pedro for years, recently posted on Instagram that she sent her manuscript to a publisher and that her first book will be published soon.

“Hello beautiful and yes I mean you! This is the beginning of something big as I have sent my first manuscript to the publisher and they loved it! With that being said my first book will be out and ready for you to read real soon! Enjoy!” she wrote.

Karen has been a catalyst for drama between the two families since Chantel first brought Pedro home to meet them. During a previous episode of 90 Day Fiancé, when tensions were at an all-time high, Karen actually claimed to have uncovered a website that Pedro’s mom Lidia used to run, which reportedly “finds stupid Americans to match with a person on the island in order to harvest the American dollar.” An upcoming clip for The Family Chantel also shows Karen threatening to taze her son-in-law. 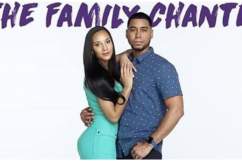 How to Watch ‘The Family Chantel’ Premiere Online

2. Her Father Thomas Hired a Private Investigator to Tail Pedro

I hope you all find love one day! ❤❤❤❤ #love #marriedlife #wife #wifelife? #family

Chantel’s father has also had his hand in stirring up drama between Chantel and Pedro. He and Karen were the driving forces behind hiring a private investigator to look into Pedro’s motivations for marrying their daughter, as well as the money he sending back to the Dominican Republic for his family. Her parents have also suggested that Pedro’s sister Nicole might actually not be his sister at all, but his secret lover.

Thomas and Karen have also accused their son-in-law of “harvesting” Chantel, hinting that he and his family seem like “body traffickers,” according to In Touch Weekly. He has confronted Pedro on how he takes better care of his family than his wife on several occasions, and hasn’t been shy about voicing opinion on his son-in-law in the past.

3. Chantel’s Sister Winter Will Have a Bigger Role on The Family Chantel

Chantel’s sister Winter, who has primarily kept out of the family drama and tried to remain one of the more “peaceful” family members, will have a bigger role on the spinoff this season. Fans have questioned in the past whether Winter and Chantel are full-blood sisters, which Chantel has confirmed on social media.

By the looks of the promo for The Family Chantel, Winter has her own issues with her boyfriend of five years, who most of her family appears to know very little about. 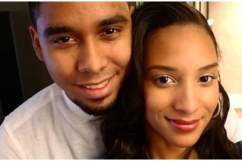 4. River, Chantel’s Brother, Has Regretted Getting so Involved in the Family Drama

Chantel’s brother River has been a little more involved in the drama with Pedro and his family than his sister Winter has. However, he has made it known that he regrets getting so involved and hates that Pedro has pushed him to violence in the past (see more about that below).

River appears to do some modeling when he’s not appearing on TLC’s 90 Day Fiancé or The Family Chantel. His Instagram account is filled with pictures of the star modeling in various poses and locations, often accompanied with the hashtag #riverisdeep.

5. Chantel’s Family Has Gotten into Physical Altercations With Pedro in the Past

The family has gone head-to-head on several occasions, with the fights often documented on the show. The clip above shows Pedro and River throwing punches during a family dinner after River claimed Pedro disrespected his parents. River cleared the air about the fight after the episode aired, and took to Instagram to clarify what happened.

“Pedro was doing this [points finger] and he told my parents to shut up. I said, ‘You can’t disrespect my parents like that,'” River said during an Instagram Live video. “He stood up, I stood up. People said it looked like I threw something — from where I stood up, I couldn’t even see Pedro. All I did was hit the lamp, cause I was getting frustrated and when I’m frustrated, I don’t wanna take it out on nobody else.”

READ NEXT: Coraima on 90 Day Fiancé: 5 Fast Facts You Need to Know