Confederate Railroad is a Southern country-rock band that’s been around for decades. Their songs include “White Trash With Money,” “She Took It Like a Man,” and “Trashy Women.”

Slated to perform with other bands at the Du Quoin State Fair in August, the band was booted from the lineup owing to its name and celebration of the Confederacy and rebel flag.

On the marquee to perform in Du Quoin, Ill., on Aug. 27, as part of a lineup billed as “’90s Country ReLoaded Day,” the state Department of Agriculture, which oversees the fair, ditched the band following a blog post where a writer asked readers to weigh in on the question of whether or not a band with Confederate battle flags on its album cover was an appropriate choice “for a show in Illinois, the Land of Lincoln, at a state-owned facility…”

The answers were mixed with some saying it was the wrong band at the wrong time and others saying it was political correctness run amok. Regardless, the state ditched the band.

And some people, especially fans and country music peers, were not happy. For days the band itself did not say much about the cancellation but Tuesday issued a statement.

1. After a Blogger Asked About the Appropriateness of a Band Called ‘Confederate Railroad’ at an Illinois State Fair, the Band Was Dumped

The band Confederate Railroad says it was dropped from the state fair because of its name.

The move by the Illinois state Department of Agriculture followed a blog post by political writer Rich Miller who asked readers if a band by that name, with Confederate battle flags emblazoned on its albums, website, and social media was a good fit for a state fair.

“A band named Confederate Railroad. In Illinois. The Land of Lincoln. Playing at a state-owned facility. I’ve never heard anyone claim that the group has Confederacy-loving song lyrics or anything (although there is this). It’s just… well… Allow me to turn this one over to you… * The Question: Appropriate or not?”

Fifty-nine people commented and the consensus was almost evenly split. One person wrote it’s a toss-up because, “Everybody is offended by something.”

Confederate Railroad has gigs lined up and posted to Twitter that they’re playing the Ohio State Fair. 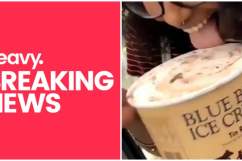 2. Some Called For Bands to Boycott the Fair But Saying Live Music is How Bands Pay the Bills, Confederate Railroad Encouraged People to Attend the Shows

The band was slated to perform with bands Shenandoah and Restless Heart. Some had called for those bands to boycott the fair. Frontman Danny Shirley asked that people support the bands. He called those bands “friends.” After days of not addressing the removal from the fair, Shirley posted a statement to the band’s website.

“…we have since been removed from that show by the Illinois Department of agriculture because of the name of our band. This was very disappointing as we have played this fair before and enjoyed it very much. The outpouring of support from confederate Railroad fans, fans of other ex, and the public in general, has been both overwhelming and very much appreciated. I would also like to think the actors, athletes and fellow country music artists who have spoken out and support,” Shirley wrote.

And then said he hoped people would not encourage a boycott.

“It is been brought to my attention that several people have asked both Restless Heart and Shenandoah to cancel their shows in protest of our cancellation. I’ve spoken spoken to both ask and encourage them to perform as scheduled. Live concerts or how we pay our bills and feed our families. I would never want to see another act lose a pay-day because of this. Please go out and here is these two great bands. As I have said many times on stage, I am by no means a saint but, I am a man of faith and I have faith that God will see us through this as well as whatever comes next! Thank you for your support.”

3. Charlie Daniels & Other Country Music Stars Have Weighed In & They’re Not Happy

This political correctness thing is totally out of control
When a fair cancels the Confederate Railroad band because of their name its giving in to facism, plain and simple and our freedom disappears piece by piece.
Sick of it.

Daniels claims that the state move to pull the ban from the concert roster is tantamount to enabling “fascism” and stifling speech.

“This political correctness thing is totally out of control When a fair cancels the Confederate Railroad band because of their name its giving in to facism (sic), plain and simple and our freedom disappears piece by piece. Sick of it.”

But one commenter had a solution: “This is an easy one Charlie. The band can change their name to something that does not offend most people. I know I wouldn’t want to listen to any band that celebrates a bunch of traitors to the US.”

Other country music stars have weighed in.

I have played the @DuQuoinFair many times over the decades … however, I must say that canceling @ConfederateRR JUST because their name is CONFEDERATE RAILROAD is a crock of crap!!! These are good men singing good songs… God please help us all … pic.twitter.com/EG32tCPbMC

Joe Bonsall of the Oak Ridge Boys said the decision to drop the band was “a crock of crap.”

“I have played the @DuQuoinFair many times over the decades … however, I must say that canceling @ConfederateRR JUST because their name is CONFEDERATE RAILROAD is a crock of crap!!! These are good men singing good songs… God please help us all …” 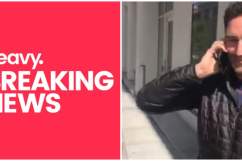 4. A Illinois State Legislator Said If Confederate Railroad Has to Go, So Does Snoop Dog

Terri Bryant is an Illinois state representative. She is calling on the state to bring the band back to the fair lineup given, as she wrote on a lengthy Facebook post, “controversial” artist Snoop Dogg is playing the Springfield State Fair. She says Snoop is wont to “malign” law enforcement, women and Pres. Donald Trump and claims he promotes “gun violence and illegal drug sales.” Snoop does not appear to have as of yet weighed in on her comments, if he’s aware of them, on his Twitter or Instagram accounts.

Bryant wrote: “…a direct contrast to country music’s typical lyrics would be evidenced by upcoming Springfield State Fair musical act Snoop Dogg. The controversial rapper has for decades used his platform to malign police, refer to women in disgusting ways, and glorify gun violence and illegal drug sales,” she wrote.

Bryant said she’s a “firm believer in the government censoring as little speech as possible. I am a firm believer in First Amendment Rights. But, if these arbitrary ‘politically correct’ lines are going to be drawn for certain acts, then I would like to know from the administration where this starts and where it stops.”

And then she continues to talk about Snoop Dogg saying he “released an album with a cover depicting a gang label, while he stood over a dead President Trump covered in the US Flag. If that doesn’t offend the average person, I don’t know what does.”

We see you with the @icecube homage, @SnoopDogg pic.twitter.com/b819SyDwH9

She said that if Snoop plays, “Confederate Railroad (should) be reinstated as an act at the DuQuoin State Fair.”

5. Confederate Railroad Has Been Recording & Playing Since the Early 1990s & Started as Johnny Paycheck’s Backup Band

Headed by founder and frontman Shirley, it was first a back-up band for country singer Johnny Paycheck. It got its break in the early 1990s when it signed with Atlantic Records and its single, “She Took it Like a Man,” made the country music charts. Its song “Trashy Women,” got a Grammy nod.

Playing since 1992, the band has had a number of popular songs and won awards including a Grammy. It’s track “Daddy Never Was The Cadillac Kind” has 13 million views on YouTube.

READ NEXT: Here’s the $77M Mansion the Feds Want to Seize from Jeffrey Epstein

Read More
5 Fast Facts, Politics
Southern country rock band Confederate Railroad has been dumped from the music lineup at an Illinois state fair because of its name, the band says.