Macy’s 4th of July Fireworks will be co-hosted by “World of Dance” judge Derek Hough and singer Ciara.

Hough is an award-winning choreographer and entertainer. He is currently the only six-time champion of ABC’s Dancing with the Stars. He joined Jennifer Lopez and Ne-Yo as a judge for NBC’s World of Dance in 2017. He has acted in film and danced on stage. He recently wrapped up his first-ever national solo dance tour.

Ciara is a singer, producer, actress and model. She has sold more than 23 million records and 16 million singles worldwide, singing chart-topping hits for 15 years. She empowers women and helps children through her philanthropy work. She is a devoted wife to Seattle Seahawks quarterback Russell Wilson and mother of two beautiful children.

Here’s what you need to know about the show:

This photo is from the 4th of July 1999. The photo shows fireworks bursting above the Brooklyn Bridge during Independence Day celebrations in New York City. The US Federal Bureau of Investigation warned officials of a possible terror threat against New York City, Police Department Commissioner Raymond Kelly said with television reports citing well-known landmarks such as the Statue of Liberty and the Brooklyn Bridge running between Manhattan and Brooklyn as possible targets. (Getty)

They will be launching the light show from four barges stationed along the East River between Broad Street and the Brooklyn Bridge. 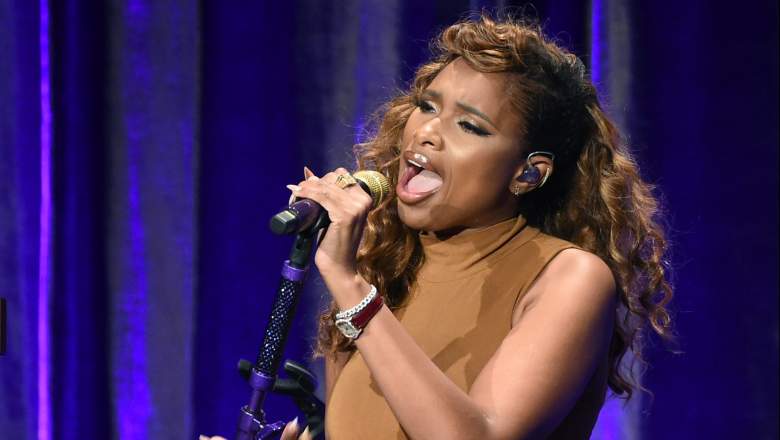 This year’s 25-minute display of patriotism in honor of Independence Day has a musical theme: classic American Cinema.

According to Macy’s, Jennifer Hudson has recorded a soulful rendition of “Somewhere Over the Rainbow. The score will also feature instrumentals from American films such as John Williams’ compositions for “Star Wars,” “Superman” and “E.T.” to Max Steiner’s “Casablanca Suite” and Alfred Newman’s “20th Century Fox Fanfare.” Luke Bryan, Khalid, Maren Morris, and Brad Paisley are set to take the stage.

According to Macy’s, 60 pyrotechnicians have been working around the clock for the past 12 days to ensure the show goes off without a hitch. Organizers used seven containers, six trucks, and seven forklifts to load and ignite the fireworks.

This year’s fireworks spectacular will wow with a waterfall of fireworks, 1,600 feet long, lighting up the sky between the two towers of the Brooklyn Bridge. There will be more than 70,000 effects, with five new ones called the “wolf whistle,” “little snakes,” “hidden happy faces,” “revolving dragons,” and “multicolor meteor lines.”

Read More
5 Fast Facts, Breaking News
Macy’s 4th of July Fireworks will be co-hosted by “World of Dance” judge Derek Hough and singer Ciara. The show will air live from 8 p.m. to 10 p.m. ET on NBC on Thursday, July 4, 2019.