Instagram Nicole Nafziger, star of the hit reality series "90 Day Fiancé," is close to her three siblings and parents. Here's what we know about her family.

Nicole Nafziger, star of the hit TLC series 90 Day Fiancé often posts pictures of her siblings and family on social media. The reality star recently attended her sister’s wedding and her family, including her parents and siblings, have featured on the show in the past.

Nafziger still lives in America with her young daughter May, but has been making plans to move to Morocco to be with her fiance Azan Tefou. Her current plan is to move there with May, then come back to the United States with Azan on a spousal visa, according to In Touch Weekly.

Here’s what you need to know about Nafziger’s family:

1. Her Family Doesn’t Plan to Attend Her Summer Wedding

#ThrowbackThursday Night on the town with Hassan. We really enjoyed the night together♥️? Repost with respect?

According to In Touch Weekly, Nafziger plans to marry Azan in Morocco this summer, but her family has no intentions of attending the nuptials. Their wedding plans have fallen through in the past (they called their wedding off twice), so her parents might not believe that the couple is actually tying the knot; however, a source recently revealed to Life & Style Magazine that they don’t plan to go to Morocco either way.

“Nicole’s parents and siblings have no plans to join them,” the source revealed, according to In Touch. “They already lost a lot of money on plane tickets from her two previously canceled weddings.” 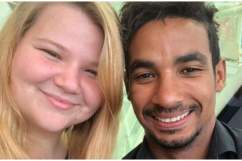 Did Nicole move to Morocco to be with Azan?

2. Her Family Also Won’t Pay for Her Wedding to Azan

According to In Touch, her family also refuses to pay for her wedding to Azan, and aren’t sure how she even plans to get to Morocco for her wedding. As far as the costs of the wedding go, the source added, “She’s not getting the money from her parents or her siblings. Her sister’s still paying off college debt so she doesn’t have any money and the sister that lives here isn’t paying for it because she doesn’t agree with it.”

The insider continued, “They put off the wedding twice so they’ll probably put it off again. Her family tries to stay out of her business when it comes to Azan. No one’s going to stop her from getting married. If she gets married, it’s her problem.”

3. She is Close to Her Siblings & Recently Attended Her Little Sister Taylor’s Wedding

My not-twin sister and I just bein’ cute? Middle child(me) and youngest girl(Taylor)♥️ She is a pain in my butt but I love her and look up to her determination in life. • • • • • • • #sister #nottwin #family #buttheadbutstillfamily #love #life #wedding #newlyweds #mexicanwedding #iphonography #shotoniphone #90dayfiance #90dayfiancehappilyeverafter

Nafziger has three siblings – two sisters and a brother – and recently attended her little sister Taylor’s wedding at the end of June. Nafziger calls Taylor her “not-twin” sister and has posted several pictures from her wedding and from other outings with her sibling.

“My not-twin sister and I just bein’ cute Middle child(me) and youngest girl(Taylor),” she wrote on a picture of her and the bride. “She is a pain in my butt but I love her and look up to her determination in life.”

She also recently posted a picture of all three of her siblings together on Instagram, writing “My siblings and I fight all the time but we laugh at the same time! We are a crazy funny family that loves more than we argue(well I think?) and we take care of each other.”

My siblings and I fight all the time but we laugh at the same time! We are a crazy funny family that loves more than we argue(well I think?) and we take care of each other. Sorry Racheal your not in the pic! You need to move back home to #Florida! #Family #90dayfiance #90dayfiancehappilyeverafter 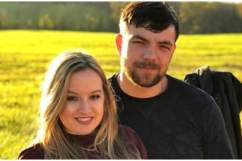 4. Nafziger’s Mother Wants Her to Stay in Florida

“Life doesn’t come with a manual, it comes with a Mother”♥️

Although Nafziger’s mother Bobbalee tends to stay out of her daughter’s business when it comes to her fiance, Bobbalee did tell the cameras that she was happy that Nafziger called off her wedding (again) and stayed in Florida.

“We’re happy to have Nicole back in Florida with us,” Bobbalee said on an earlier episode of the show. “I would like to see Nicole stay here, get May into school, get her life and May’s life going here,” she continued. “But we know it’s probably only temporary, I’m sure she’s going to try to find her way back over [to] Morocco.”

However, she does have her reservations about her daughter’s intentions to move to Morocco. “I don’t know where she’s trying to go from here,” Bobbalee admitted. “I mean, they talk about getting married, but the first time, it kind of got called off at the last minute, and the second time it got called off before I was even supposed to there. This whole thing seems like a cycle of nothing.”

5. She Has a Daughter From a Previous Relationship

I love when we just take tons of pictures together in the morning ? #sleepyheads #pjs #momanddaughter #love #fun #photoshoot #shotoniphone #iphonography #90dayfiance #90dayfiancehappilyeverafter

Nafziger has a young daughter from a previous relationship, and recently opened up about her daughter May’s father. While taking to Instagram for a Q&A, a fan asked Nafziger if he was still in the picture, to which she responded “May’s bio dad and I are only in contact for May only,” and adding that he is not consistently in her life.

She also mentioned that he does not have custody of her daughter, and that he has never met her in person and has only video chatted with his daughter a few times in the past because they “live states away.” Nafziger said that May calls Azan “daddy” and loves and misses him very much, so her daughter definitely looks up to her soon-to-be stepdad.

Tune in tonight at 8/7c on TLC to catch the newest episode of 90 Day Fiancé.

Read More
90 Day Fiance, Reality TV
Nicole Nafziger, star of the hit reality series "90 Day Fiancé," is close to her three siblings and parents. Here's what we know about her family.