Paul Staehle and Karine Martins, stars of the hit reality series 90 Day Fiancé: The Other Way, welcomed their son Pierre Martins Staehle to the world earlier this year. The couple were living in Karine’s native home of Brazil for the majority of her pregnancy, but recently relocated back to the U.S. to be closer to Paul’s family in Kentucky.

Pierre was born in Brazil before the little family of three moved back to Kentucky; Paul’s mother was able to come meet her grandson before the family moved back to the states. Here’s what we know about Paul and Karine’s family:

1. Paul & Karine Used a Translating App When They First Met & Recently Relocated Back to the U.S.

Paul and Karine appeared on seasons 1 and 2 of 90 Day Fiancé before featuring on the spinoff The Other Way. The couple met online and Paul traveled to Brazil to meet his soon-to-be bride, and although the couple had to communicate via a translating app, they quickly fell in love and were married shortly after. However, because Paul couldn’t afford Karine’s visa — and because his mother wouldn’t agree to be her co-sponsor — he had to move to Brazil to be with her.

It appears the couple is now back in the states after working tirelessly for months to get Karine’s visa approved. According to Screen Rant, the reality couple has been dropping hints on social media that they might be back in the states and living in Louisville, Paul’s hometown. Screen Rant reports that there have been a number of Instagram photos (via 90 Day Fiance News) posted to Karine’s stories that shows her, Paul, and their infant son visiting local attractions around Kentucky. 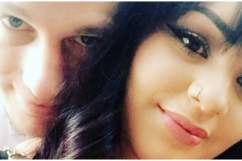 “I’m very happy, very excited,” Paul told Entertainment Weekly. “I’m also very nervous and want to do everything the best that I can and do everything right. Everyone keeps asking how it feels to be a dad. Anyone can make a baby, but going through the day-to-day process of being a father is going to be a new experience. I’m very happy, very honored and very privileged and I want to make sure I do my absolute best for Pierre.”

Karine tragically suffered two miscarriages before her healthy, full-term pregnancy with Pierre. The show documented one of the miscarriages, and Paul revealed that she had suffered a second one shortly after.

“The miscarriages were something neither of us will ever forget,” Paul told Cosmopolitan. “It brought us even closer together as we put aside arguments and disagreements to comfort one another. It is a tragic life moment no one should have to endure.”

Although the doctors wanted the couple to wait at least six months after their last miscarriage to start trying again, Karine got pregnant again before that six-month period, so they were even more concerned about losing Pierre. Luckily, Karine was able to carry Pierre to term, and they now have a happy, handsome baby on their hands. 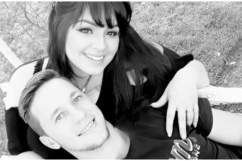 4. Paul Wanted Karine to get a Paternity Test When Karine Revealed She Was Pregnant

For those who did not read the articles. He is a boy.

Fans weren’t sure what to expect after the couple announced Karine was pregnant, since there had been some tension between the two toward the end of the last season of 90 Day Fiancé. On the 90 Day Fiancé: Before the 90 Days “couples tell all” special last year, the two revealed that Karine was pregnant, and that Paul wanted the child to get a paternity DNA test once he was born.

They also received some backlash after Paul posted a link to a fundraiser encouraging fans to send baby gifts for their son. Earlier this year, Paul let fans know that the couple was accepting digital gifts as part of an “online baby shower,” which received swift backlash from fans accusing the couple of “begging” fans for money and gifts. Paul explained that he put together the baby shower for the fans who asked if they could send gifts for the baby, but he encouraged fans to donate to needier causes if they were looking to help save a life.

5. Mary, Paul’s Mother, Visited the Couple in Brazil When Pierre Was First Born

Mary, Paul’s mother, made the trek from Kentucky to Manaus, Brazil to meet her new grandson after Karine gave birth in March. Mary has been vocal in the past about the fact that she didn’t totally trust Karine, so fans were happy to see the little family getting along and touring Brazil together.

Paul’s parents are high school sweethearts, so he often goes to his mother for advice on how to make things work with Karine. Although Mary had refused to sponsor her daughter-in-law initially, fans are wondering if she might have changed her mind and decided to co-sponsor Karine, now that Paul, Pierre and Karine are back in the states.

READ NEXT: Do Jihoon and Deavan Break Up on 90 Day Fiancé?