Who is the next star of The Bachelor 2020? With the finale of The Bachelorette 2019 coming up, fans are hoping for a reveal of the new Bachelor. Sometimes the new star is revealed on the After the Final Rose Special, which is set to air on July 30, 2019. There are also some seasons where the star is revealed weeks later, on an episode of Good Morning America live. So far, no announcement date of the new star has been revealed by ABC.

There have, however, already been rumors about who the next star may be. In fact, Reality Steve has reported what sounds like a definite. But, there’s always room for a change. In the past, the Bachelor franchise has changed its stars last-minute. Reality Steve has also said that, over the years, multiple people have been told they are the star of The Bachelor or The Bachelorette before the show settles down on one person. Often, the show chooses one of the front-runners from the previous season of The Bachelorette to be the next Bachelor. On occasion, the show throws in a surprise star, like former two-time Bachelorette runner-up Nick Viall. Viall was actually appearing on Bachelor in Paradise when he was unexpectedly named The Bachelor.

So, it’s anyone’s game. But, there are some major rumors circulating about Mike Johnson and Tyler Cameron, from Hannah Brown’s Bachelorette season. Read on for the details on each of their Bachelor rumors.

Tyler Cameron’s rumors apparently come from his mother. Blogger Reality Steve has stated, “I was TOLD that Tyler’s mom was telling everyone he’s gonna be the next Bachelor. Now, I didn’t hear his mom say this. Nor do I even know if she actually did. I was just TOLD (ten different times from people) she was heard saying this. So take that for what it’s worth. Look, it’s not like it would be a major surprise if Tyler became the Bachelor. Hell, I think a lot of female viewers of this show would probably collectively orgasm if he did. But do I think he’s already been chosen and his mom spoiled it? Probably not.”

Reality Steve later added, “I think I can honestly say that if they do make Tyler the ‘Bachelor,’ he will probably get the least amount of negativity thrown his way than any previous lead.” Life and Style Magazine has reported that Bachelor Nation fans would love for Cameron to be the next star. One Twitter user wrote, “I would literally give up a toe to be a contestant on The Bachelor if [it] was Tyler C.”

Vanity Fair has reported that Mike Johnson is “definitely” being considered as the next Bachelor star. He has been a fan-favorite this season and even Bachelor/Bachelorette host Chris Harrison told The Hollywood Reporter, “Everyone’s excited about Mike here tonight … I love him. The smile, the charm, the sincerity, the maturity. He’s a great man and I feel like he’s a dear friend of mine already, so he’s a great candidate and he’s definitely going to be in the mix.”

If Johnson were chosen, it sounds like a great amount of Bachelor fans would be pleased. And, Johnson would be the first black Bachelor in the history of the show. But, Johnson has told THR that no one from the show has approached him for the gig yet.

In addition to Cameron and Johnson, Reality Steve has stated that Peter Weber could be a contender for the title of The Bachelor. 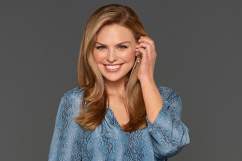 ‘The Bachelorette’ Finale 2019: 5 Fast Facts You Need to Know

Read More
Reality TV, The Bachelor, The Bachelorette, TV
Who is the next new star of The Bachelor 2020? Read on for the rumors about Tyler Cameron and Mike Johnson.