Bachelorette blogger Reality Steve usually posts spoilers on who the winner is each season. After he posted reports about the winner of The Bachelorette 2019, the reports changed after a few weeks. It makes you wonder about the identity of who Hannah Brown does end up with this season. But, before we get into all the details, THIS IS YOUR MAJOR SPOILERS WARNING. Do NOT continue reading if you don’t want to know who reportedly won season 15 of the show and what they’re up to today.

Reality Steve initially reported that Tyler Cameron was this year’s winner on the show, but he later corrected his reports and said that Jed Wyatt is the winner. This makes Tyler Cameron the runner-up and a possible candidate for the starring role on The Bachelor 2020. According to Reality Steve, Wyatt and Brown got engaged but, after claims that Wyatt had a girlfriend when he left for filming, the two have broken up. So, Brown actually ends up with no one after filming.

This makes some wonder if there could still be hope for a Cameron and Brown reunion in the near future, according to Marie Claire. Could the two get back together?

Marie Claire reported that Brown has liked some of Cameron’s social media posts and Cameron has had nice things to say about the Bachelorette star online as well. When Brown was receiving some backlash online, Cameron tweeted this message in her defense, “The things some people do to stay relevant… let our Queen live and let’s embrace her on this journey. Very few have a clue what it’s like to be in the lead’s shoes. Our Queen is imperfectly perfect like us all. Don’t Christians claim that only god should do the judging-James 4:12.”

When it comes to the details of Brown’s break up with Wyatt and the possibility of reuniting with Cameron, Reality Steve tweeted the following statements, “I can confirm that Hannah broke off her engagement to Jed earlier this week. They are still “together,” but the engagement is off. This isn’t a “don’t ever talk to me again” from what I’m being told, but it’s also not all rainbows and daffodils either … Knowing that for the next month, so many people will be tweeting at Hannah to get rid of Jed, they’re so happy she ended the engagement, go back to Tyler, etc. my guess is this relationship will be over sooner rather than later.” He continued, “With that said, I know you will all ask me about Tyler, and will she get back with him, and are they together, have they talked, etc. I don’t know. Who knows if Tyler would even want that. Maybe he’d rather be the “Bachelor?” I’m not gonna answer for him.”

All the details on Brown’s split from Wyatt should play out on the After the Final Rose Special this season.

Tune in to watch The Bachelorette on Monday nights, on the ABC network, at 8 p.m. ET/PT and 7 p.m. CT. Next week airs the season 15 Men’s Tell All Special. 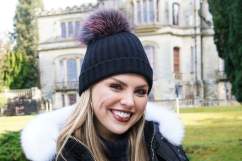 Who Does Hannah Brown Have Sex With In a Windmill & On the Overnight Dates?