TLC/YouTube Here's how you can watch tonight's episode of "90 Day Fiancé: Before the 90 Days" online, without cable.

90 Day Fiancé: Before the 90 Days premieres at 8/7c on TLC, Sunday, August 4. The third season already promises plenty of drama, scandals, fights and romance, so viewers have plenty to look forward to during this season of the hit reality series.

According to TLC, Before the 90 Days follows “couples who have an existing relationship online, but haven’t met in person. We’ll experience their journey as they travel to the other’s foreign country for the first time in an attempt to establish an in-person relationship and start the K-1 visa process.”

This season will feature seven couples: Darcey and Tom, Angela and Michael, Caesar and Maria, Rebecca and Zied, Avery and Omar, Timothy and Jeniffer and Benjamin and Akinyi. Here’s what you need to know about the cast of 90 Day Fiancé: Before the 90 Days:

Darcey, 44, featured on an earlier season of Before the 90 Days when she was still with ex-fiance Jesse Meester. She is back again with a new foreign love – Tom, 39, a British businessman, who hails from the United Kingdom. The couple met four years ago (pre-Jesse), but never dated. Darcey is planning a trip to the U.K. to meet Tom in person and see if the two can make things work and begin their future together.

Angela, 53, and Michael, 29, were also featured on an earlier season of the TLC series. The couple appeared on season 2 of Before the 90 Days, and although the two made their engagement official, Angela still had doubts about her future with Michael when the season wrapped up. She is planning a trip to Nigera to see if the two can work through their previous issues and move forward with their engagement, or if Angela will be heading back to the states without Michael.

Caesar can’t wait to meet his Ukrainian love Maria—but three failed attempts have cost him more than just $$$. Will the fourth time be the charm? Tune in to the season premiere of #90DayFiance: Before the 90 Days Sunday 8/7c!

Caesar, a 46-year-old nail technician, met his lovely girlfriend Maria, 28, through a Ukrainian dating site five years ago. Caesar was immediately smitten with with the Ukrainian beauty, but his co-workers believe Maria is scamming him. He has spent over $40,000 on Maria throughout their relationship, and his friends and family worry that she is just using him for his money and a U.S. visa. Caesar is heading to Ukraine to meet Maria in person, and has high hopes that the two will be engaged before heading back to the states.

Want to hook an online hottie? Choose your filters wisely. ?Tune in to the season premiere of #90DayFiance: Before the 90 Days, Sunday 8/7c!

Rebecca, 47, and Zied, 26, met online and quickly fell in love. After three failed marriages, including one to a Moroccan man she brought to the U.S. on a spousal visa, Rebecca hopes that she finally found “the one” in Zied, but Rebecca’s loved ones are concerned about his intentions. The mother-of-three is flying to Tunisia to meet Zied in person, and hopes to be leaving with a ring and a new future husband. However, Rebecca might be harboring a few secrets of her own from her Tunisian boyfriend.

Before the wedding. Before the proposal. Before the 90 days. These seven Americans are risking everything for their long-distance loves. Watch the season premiere of #90DayFiance: Before the 90 Days Sunday at 8/7c!

Avery, 19, converted to Islam when she was 18-years-old and joined a Muslim dating site where she met Omar, 24. In the promo for this season of Before the 90 Days, Avery admits that Omar has never even held a woman’s hand before, and Avery’s family is concerned for her safety if she relocates to Syria. Avery is planning to take a trip to nearby Lebanon to meet Omar, but she has her doubts about moving to her fiance’s unstable, war-torn country to be with him.

He swiped right on international love. But will he click in real life with his Colombian model? Watch the season premiere of #90DayFiance: Before the 90 Days, Sunday at 8/7c

Timothy, 38, met Columbian-beauty Jeniffer online, and the two instantly hit it off. Timothy is planning to travel to Columbia to meet his beau in person, but he worries that his relationship with his ex-fiance Veronica might not sit well with Jeniffer. Jeniffer also has an 18-month-old daughter, so Timothy must prove he can be a good step-father to his girlfriend’s daughter. Will he be able to handle the pressure? 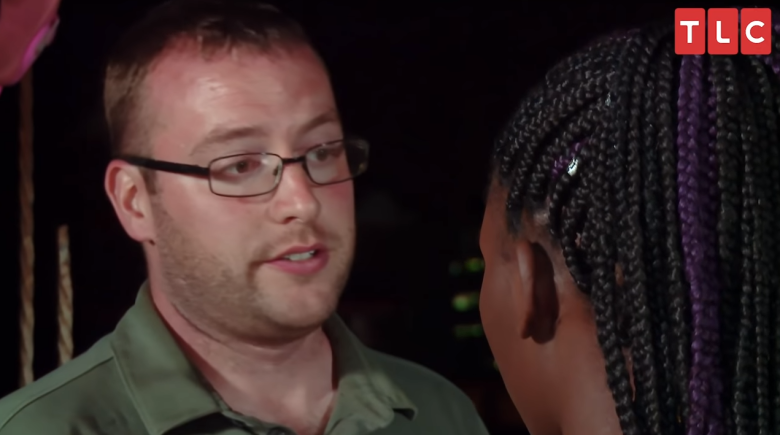 ‌Benjamin and Akinyi discuss her overprotective brother during Benjamin’s visit to Kenya on the promo for season 3 of Before the 90 Days.

Benjamin, 33, will be the first white man to visit his 25-year-old girlfriend Akinyi’s small village in Kenya. After Benjamin struggled to meet women in his hometown of Phoenix, Arizona, he expanded his search and met Akinyi online, and the two quickly fell in love. However, their relationship has its challenges, including Akinyi’s overprotective brother. He must also face the daunting task of meeting her parents.