The CMA Festival for 2019 took place this past June, but, it airs tonight, on August 4, 2019, at 8 p.m. ET/PT and 7 p.m. CT, on the ABC TV channel. Thomas Rhett and Kelsea Ballerini hosted the big event, so they will be shown carrying out their hosting duties, among their fellow music artists who took the stage as performers. Bobby Bones also appeared as a guest host for the night. Read on below for a rundown on the performers and their performances.

Taste of Country reported that Miranda Lambert opened up the show with a “Mutt March,” which featured tons of pups parading around. For Thomas Rhett’s performance, he was joined by Jon Pardi to deliver a rendition of “Beer Can’t Fix”. For Eric Church’s set, he went through a bunch of songs, performing “Mistress Named Music,” “Drink in My Hand,” “Creepin’,” “Springsteen,” “Talladega,” “Smoke a Little Smoke,” and “Some of It”. Luke Bryan performed his song “Knockin’ Boots”, but, what wasn’t shown was him performing Bon Jovi’s classic hit “Livin’ on a Prayer.”

When it comes to the actual performances that will be shown on ABC’s broadcast of the event, Pop Culture has reported the following list:

Sarah Trahern, CMA chief executive officer, stated in a press release that, “This year’s CMA Fest offers something for every music fan. From surprise collaborations to some of country music’s most exciting, emerging and legendary talent, we’re excited to bring the festival to millions of fans around the world later this summer.” 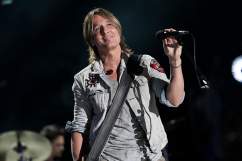