Fredrik Eklund is back for the eighth season of Million Dollar Listing New York. The author and real estate broker has been a familiar face over the course of the series, which has led many fans to wonder about his age and how long he’s been in the housing business.

Article Bio reports that Eklund is 42 years old. He was born on April 26, 1977 in Stockholm, Sweden. He emigrated to the United States when he was a kid, and attended Edina High School in Minnesota. When he turned 23, he founded an Internet company with dozens of employees, and went on to work for the investment bank SEB. In 2010, Eklund became the Managing Director at the New York City real estate firm CORE Group Marketing. He is also the founder of Eklund Stockholm New York and a member of the Real Estate Board of New York.

In 2004, Eklund acted in a number of pornographic films under the pseudonym Tag Eriksson. He addressed the brief career shift during an interview with Out Magazine. “It was only a week of my life, accumulated. It was spread out over a few months, so it was a very short period of my life,” he explained. “It was something that I tried and quickly decided that I was done with.” Eklund added that he didn’t regret his past decisions, and that his appearances in pornographic films have not been detrimental to his real estate career.

Eklund has also talked about his role on Million Dollar Listing New York and how his experience and age has helped inform his approach. “At the end of the day, it’s about my upbringing. I grew up in a country, within a society, in a family where none of these things mattered (NY real estate),” he told the Huffington Post. “Kindness, friendship, nature and health were important things. Living here is a big contrast. The buildings are taller, there’s a lot of neon and I’m in a cut-throat business.”

That feeling when you officially have the number one contract signed in the city… So… it’s really true then what they say: you get more efficient at work when you’re about to become a parent? ?? . . . (Greenwich Lane, PH, $20M, the Olshan report)

“What I do professionally makes me consumed with making money. There are those polar opposites within me which make for an internal battle,” he continued. “You can easily be fooled by money and glitz, but I feel like everyone is the same really. I see that when I speak to people. In my heart, it doesn’t really matter… I have so much to be thankful for in my career.”

Eklund is 6’5″, which makes him the tallest cast member on Million Dollar Listing New York. The star confirmed his towering height when he recounted the trauma of having a surrogate miscarriage with his husband. “6’5″ tall men are not supposed to act like this. We are not supposed to cry and cry and cry,” he wrote on the Bravo website. “Cry at work, cry in the gym, cry on the streets — whenever, really. It could come completely unexpected and could happen at any time; the crying would wash over me… This is me and this is all of me. I sell real estate, but I’m also a person with a big open heart.” 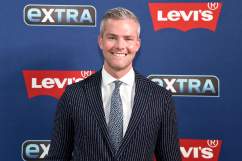 Ryan Serhant Age & Height: How Old & Tall Is He?