Southern Charm fans were first introduced to Naomie Olindo when she was dating co-star Craig Conover. But, their relationship ran its course and she moved on. By season 6, she had a new boyfriend named Metul Shah and fans got an inside look at their relationship.

At the start of the season, People reported that Olindo told the cameras, “I have a new boyfriend and I’m just happy as a clam. Metul is one of the smartest people I know. He’s nice, he’s hot, he’s cool, he’s fun, he’s got abs! And he likes me back, which is wild. Metul came along when I least expected somebody to. It’s like the greatest thing that ever happened.” She continued, “I remember I saw him out and was like, ‘He is hot. I want to date him.'”

Shah and Olindo were shown this season working out together, joking about Olindo’s cooking skills, and trying to conduct a healthy lifestyle, but Shah didn’t have a lot of screen time. Olindo made it clear that Shah didn’t attend some of the events on the show because of his career as an anesthesiologist.

Julia from Chicago. For Naomi- Metul seems to be SUPER controlling, condescending and cocky. Do you ever watch the show back and realize Metul treats you the way you treated Craig?

When the cast decided to go on a trip to Colorado together, Olindo said she didn’t want to go because of ex Conover’s lingering feelings and his not being completely over their relationship. A couple of the cast members asked Olindo if she would go on the trip if she was single and she said “yes”. Cameran Eubanks’ response to this was that her not going on the trip had nothing to do with Conover then, and had to do with Shah.

Many Southern Charm viewers had issues with Shah and Olindo’s relationship and dynamics, voicing that Shah comes off controlling on the show. A Twitter user with the handle @TalieNa7 wrote, “Naomi is far more into him than he is into her. She gives away her power to him in every scene. Also, did anything notice how Metul kept talking over Jason? It was as if he couldn’t stand that Jason was a “real doctor” and not a resident.”

Metul Shah Is Accused of Being Controlling

Lmaoooo at Craig’s face. I love him. Also I don’t think Metul is controlling… he’s just an ass ? https://t.co/PIhK7QCNjA

During the season 6 reunion of Southern Charm, host Andy Cohen asks Olindo if she thinks her boyfriend can be controlling. According to Cheat Sheet, while Olindo was answering the question, co-star Shep Rose whispered to Eubanks, “He’s from a male-dominated society.” Then, Rose asked Olindo, “Do you think it’s cultural at all? Cause my dad’s best friend and business partner is Indian and I was like, telling him about y’all’s relationship and how much I like Metul and I told him about you not going [on the trip] and he was like, ‘I understand that, I’m from India.’”

Olindo revealed that she was in a new relationship during the season 5 reunion of Southern Charm and they became Instagram official in April 2018. The two are still together today. 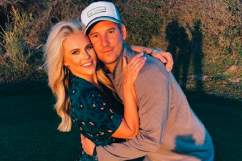