America’s Got Talent 2019 begins its semi-finals on September 3, 2019 and there are a bold bunch of acts set to perform. The semi-finals air in two-parts, over the course of four episodes. Read on below for the spoilers on which performers are taking the stage tonight, which ones perform next week and which of the golden buzzer winners are left in the competition.

When it comes to the golden buzzer winners who are left in the competition, they include the Detroit Youth Choir, Emanne Beasha, Kodi Lee, Light Balance Kids, Luke Islam, Tyler Butler-Figueroa, and V. Unbeatable.

The semi-finalists for AGT season 14 are:

When it comes to which acts are performing on the first semi-finals episode, Tuesday night, September 3rd, the lineup includes:

Gold Derby has reported that Kodi Lee has been voted as most likely to win, out of tonight’s acts. Meanwhile, Judge Simon Cowell has said that Tyler Butler-Figueroa is the contestant who everyone will be “rooting for” this season, according to People. Butler-Giueroa is an 11-year-old violinist who was diagnosed with leukemia at 4½ years old and also suffered from bullying over his illness.

Ahead of part 1 of the semi-finals, judge Gabrielle Union’s advice to the contestants is to “idiot-proof” their performances. In an interview with People, for the singing competitors, Union said, “I strongly suggest idiot-proofing the song choice. Pick a song that people are familiar with so they can have something to compare it to and recognize as brilliant.” And, for those non-singing acts, Union said, “Whatever you thought was good enough for the live shows, go back to the drawing board, humble yourself and come back stronger, bigger, badder and better. Leave it all out there.”

When it comes to the other new judge on the show this season, Julianne Hough, she is focused on the enjoyment of changing people’s lives. Hough told Parade, “It is fulfilling to be able to be on this show, watching other people’s dreams come true because nothing makes me happier than when somebody says that they’re happy and fulfilled.” 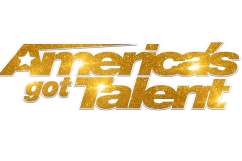