ABC Hannah Brown, former "Bachelorette" star and beauty pageant titleholder is starring on this season of "Dancing with the Stars."

Hannah Brown, former Bachelorette season 15 star and beauty pageant titleholder is taking her talents to the stage as she joins the celebrity cast of Dancing with the Stars for its 28th season. DWTS premieres Monday, September 16 at 8/7c on ABC.

Brown will be joining 11 other stars vying for the esteemed Mirror Ball Trophy, as well as a grand prize of $345,000. James Van der Beek, Ally Brooke, Kel Mitchell, Ray Lewis and Sean Spicer are just a few of the celebs Brown is up against this season.

Here’s what you need to know about Brown on DWTS:

1. She Admits to Being Her Own Worst Critic & Has Already Cried During Rehearsal

ONE WEEK. I’m 100% freaking the freak out, but I’m so grateful and excited for the opportunity to challenge myself and continue this journey of self-exploration. Continue on the hot mess express and tune in (Monday 8/7c on @abcnetwork) to watch me on Dancing with the Stars [weird yes, I’m considered the “star”]. It’s time to shine ?? WHO’S READY?!

Brown recently opened up to Us Weekly about the emotional toll of being a Dancing with the Stars contestant, and admits that she’s already cried during rehearsals.

“I have [cried],” Brown, 24, admitted on September 6. “I don’t even think it’s the physical part for me. I think it’s just emotionally I know that I can be my toughest critic and then, I don’t have to have my partner tell me when I don’t do stuff right. I know immediately.”

2. She is Hoping Her Experience on DWTS Will Help Her Grow as a Person

this feels right. • • watch me werkk (and maybe twerk?) on @dancingabc. see y’all back on Monday nights with my eyes set on some new bling. ???

In the same interview with Us Weekly, Brown said she hopes her experience on the show will help her grow as a person, regardless of how far she makes it in the competition.

“It’s frustrating when you know you can do it better and then when you don’t, and I think for me this journey is really gonna be just really overcoming those insecurities that I still have,” she told Us Weekly. “I’m so proud of myself in the progress I’ve made. But this is definitely a way to really test that for me and to see where I still have room to grow.”

She added: “I’ve definitely had some moments where I realize that there’s still some things that I need to work on in myself and that makes this even more worthwhile for me.”

3. Her Partner is Rumored to be Alan Bersten

what is my life?! I’ve been dancing my heart out today, but getting this news was such a sweet surprise! I took everyone on a rollercoaster ride of crazy during my experience as the @bacheloretteabc. Nevertheless, the constant support and encouragement from those who love me will always be the biggest blessing of this all. To be even considered for the @peopleschoice award for Competition Contestant is just a sweet extra bonus! THANK YOU ALL so much for the continuous support I feel in every adventure this life is offering me. Y’all are the best! (link in bio for all the info to vote! ??)

Although ABC tried to keep the celebrity/professional dancer pairs a secret until tonight’s premiere, several photos, videos and clues have been leaked that suggest that Hannah Brown will be dancing with Alan Bersten.

“My dance partner is really passionate, which means he’s really tough on me. He’s also really fun, too,” she told Entertainment Tonight. She also claimed her partner is incredibly patient with her, saying “I mean, bless my partner’s heart, he has to deal with ‘The Beast’ a lot … I put people in their place where I probably shouldn’t. Because I don’t even know what I’m talking about [sometimes], but I think I do.”

The two also follow each other on Instagram, and photos of the pair outside of the dance studio suggest they were rehearsing together. You can read more about Brown and Bersten here.

4. She is Hoping to Bring Home Another Win for Alabama & Says She Has Put in ‘The Most’ Hours of Training

Brown isn’t the first star from Alabama to join the dance competition, and she will likely not be the last. Alabama native Jordan Fisher and his dancing partner Lindsay Arnold won the 25th season of Dancing with the Stars in 2017 and he subsequently hosted Dancing with the Stars: Juniors the following year. Fisher was born in Birmingham, Alabama in 1994.

In an interview with AL.com, Brown expressed her desire to “follow in [Fisher’s] footsteps,” and said she has already been putting in dozens of hours of training to hopefully bring home another win for Alabama. She also mentioned Noah Galloway, who finished in third place during the 20th season of the show and who also hailed from Brown’s home state.

“Yeah, well Jordan Fisher obviously won the whole thing, and Noah Galloway did very well,” she told AL.com. “Some of our athletes have as well. I’m going to follow in their footsteps of continuing to work hard and do my very best. I think I have put in the most hours of training so far that they’ve seen because I just want to make sure that I am doing my very best, and doing my best means I have to like really give this my everything, so that’s what I’m doing. I’m in rehearsals for as long as possible making sure I’m really comfortable at the end of the day leaving. I hope I make everybody proud when I hit the stage.” 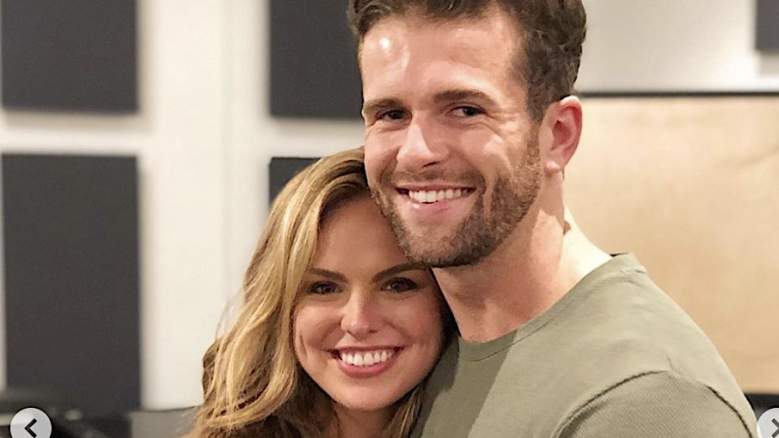 Brown’s stint on Dancing with the Stars comes just two months after her Bachelorette finale, where the reality star chose Jed Wyatt to spend her life with in the end. Although the two got engaged on the show, they called the engagement off earlier this year after Wyatt’s former girlfriend Haley Stevens claimed he only went on the show to advance his career.

Wyatt, 25, revealed to Us Weekly earlier this month that he has no plans to follow Brown’s journey on the dance competition series. “To be honest, I never watch that show anyway. I don’t really watch TV,” he told the publication. “I never really watch much TV — just Animal Planet, I love Animal Planet.”

Tune in to Dancing With the Stars, which airs Monday nights at 8/7c on ABC.

READ NEXT: How to Watch So You Think You Can Dance 2019 Finale Online