Jeffrey Marty is actress Stacey Dash’s fourth husband. Dash was arrested in Florida September 29 and charged with domestic battery. The Pasco Sheriff’s Office said the Clueless star was taken into custody after getting into a fight with Marty at around 7:45 p.m. at their apartment in New Port Richey, where police say she pushed and slapped Marty in the face.

Police reported that Marty “sustained red scratch marks to his left upper arm from being pushed,” and that Dash is being held on $500 bail. TMZ released the video of her arrest, and a source told the outlet that Dash was the one who call 911, and was acting in self defense.

Dash’s right-wing politics have put her name in headlines over the past few years, and it’s through supporting President Trump and his campaign that she met Marty, a lawyer and “Make America Great Again” supporter.

Here’s what you need to know about Jeffrey Marty:

Here I am driving past my old apt in the South Bronx with my children. I had not been back since I left at 18. We were there to celebrate me getting a street sign named after me. I’m posting this because I’m tired of people thinking that because of race they have an advantage or disadvantage. Stop. Please! You can have whatever you are willing to work for in this life! If GOD is for you! WHO?! Who can be against you! Father let us all see our worth is in YOU. Lord Jesus help us to KNOW that GREATER is HE that is in me than he that is in the world! In Jesus Name. Amen. Today is the day Martin Luther King Jr gave his “I Have A Dream” speech. Listen to it. Let it sink in… God Bless this brave hero. #ihaveadreamspeech #jesus #warrior #faith #victorious #redeemed #JoinAllSocial #drmartinlutherkingjr #martinlutherking

A mere few days after Dash, decided not to run for 44th congressional district in California, to “free people from the shackles of a plantation mentality,” she married Marty in a private ceremony in Florida on April 6, 2018. The 51-year-old actress turned political hopeful’s manager Kerry Jones told Page Six that “they wanted to keep it on the D.L.” when asked why the couple kept their nuptials a secret.

In October, Marty confirmed their marriage to the public by tweeting out a photo of the popular salt, Mrs. Dash.”

The marriage is Dash’s fourth. She was previously married to producer Brian Lovell from 1999 to 2005, British executive James Maby from 2005 to 2006 and actor Emmanuel Xuereb from 2007 to 2011. She has two children, a daughter, Lola, with Lovell, and a son, Austin Williams, from her past relationship with singer Christopher Williams.

Marty has three children from a previous marriage to his ex-wife. 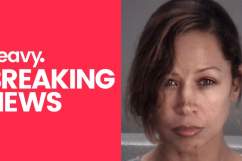 2. Marty Is Famous for Creating the Fake ‘First Congressman’ to Support Trump

A lawyer based in Trinity, Florida, Marty is known for creating a fake account on Twitter for “Rep. Steve Smith” of Georgia’s 15th district, which went viral for being the first congressman to support Donald Trump in his presidential campaign, even after the account was revealed to be a fictional person. Georgia doesn’t even have a 15th district.

As Smith, Marty tweeted familiar Trump rhetoric. “It’s a #RiggedSystem. But we can beat it at the ballot box. #DrainTheSwamp,” which earned a retweet from Eric Trump. Even though the cat’s out of the bag, “Rep. Steve Smith” continues to tweet to his nearly 60K followers.

While his wife changed from being a Democrat in 2012 to support Mitt Romney’s presidential campaign, and briefly joined Fox News as a contributing host, Marty told BuzzFeed that he switched political parties after graduating from college. Marty earned a Bachelor of Science from University of Wisconsin in 2000, and received hi Juris Doctor from Marquette University Law School in 2005.

Marty, who’s taken his son Nick, who was 11-years-old at the time, to Trump rallies, chimed in during this BuzzFeed interview to say Hillary Clinton is a serious criminal. Nic said, “Hillary is linked to 46 different deaths,” for which Marty quickly interjected to the reporter, “That’s something he saw on a YouTube video that I did not make.”

“Well, it is true,” Marty agreed, no longer placating his son. “There are a lot of people that have died mysteriously around her. When they were supposed to testify against her — three or four different people. Within a week.”

The lawyer and political pundit started a YouTube channel to read religious passages from The Search for the Holy Living, edited by Marvin D. Hinten. Marty tells his 32 followers that he found the book a Goodwill, which is a compilation of four books by three different authors, and that he will orate one chapter a day until they’ve finished reading essential Christian book.

There are four videos posted in which Marty talks straight to camera and reads the devout Christian writing of William Law, Jeremy Talor and Francis de Sales.

5. Marty Is a QAnon Supporter

His own agents didn't think Flynn lied–and one of those agents was Peter Strzok.

Enjoy your victory lap, Benedict Arnold. It's not over yet. https://t.co/rOrNnLdKgz

Aside from the bogus “Steve Smith” account, Marty regularly tweets his political views on Twitter, and in his profile he writes “#WWG1WGA #GreatAwakening” which refers to the conspiracy-theory-believing group, QAnon. Members of the group believe in “Pizzagate,” and that an anonymous source, Q, is trying to tell the world about a secret battle being waged by Trump and special counsel Robert Mueller against a pedophile ring filled with celebrities and political elites who have been covertly running the United States government for decades. Dash is also a QAnon supporter.

Jard Holt, a research associate for Right Wing Watch, told NBC News, “What the Qanon theory does, as far as political efficacy goes, is it provides Trump’s most fervent supporters a way to explain away any scandal or slip-up the president may face… All of Trump’s mishaps on the world stage, his detractors in the media, his various scandals can all be effectively be framed within the Qanon lore as attacks that are coordinated against him because he’s ever closer to taking down a global conspiracy committing the most atrocious crimes that could be imagined, like Satanic child sex trafficking, and blood sacrifice.”

Matching up with his QAnon support, Marty despises former FBI director James Comey, and refers to him as “Benedict Arnold” online. In a series of four videos on Twitter, in which Marty discusses his ire for Jeffrey Epstein, he claims the late financier’s light sentencing in Florida was linked back to Comey. He also repeatedly refutes that Trump had any involvement with the late billionaire, and knew nothing with his sex trafficking operation.

READ NEXT: Devon Sawa Tells Aaron Carter to ‘Call Me’ Amid Public Spiral