Kanye West has fans eagerly anticipating his new album Jesus Is King. The rapper has held listening sessions at select cities throughout the weekend, where attendees were given an early preview of the album. It now appears that audio has leaked from the New York listening session, giving hardcore fans their first taste of what the album will sound like when it officially comes out.

The live audio leak made its way online shortly after the conclusion of the New York listening session, and is 35 minutes in length. All ten tracks on the album can be heard, though not in the same order that West’s wife, Kim Kardashian, previously announced them. Furthermore, West has yet to release the studio version of the album on streaming platforms. It was previously announced that Jesus Is King would be out on Sunday, so it remains to be seen whether the rapper will stay true to his word.

Jesus Is King has been promoted as West’s “gospel album,” a tag he previously applied to his 2016 opus The Life of Pablo. The tag seems especially apt, given the sermon-esque elements heard throughout the leak, as well as the extensive use of choirs and church organs. West can be heard briefly introducing each track, and engaging in small talk with the crowd.

The leak also confirms artists who were previously teased as features, including rap duo Clipse and R&B crooner Ty Dolla $ign. You can also hear final mixes for “Water” and “New Body” which were previously leaked online in an unfinished or live form. Check out the final tracklist below:

Based on the testimony of attendees at the Detroit listening session, the leak seems to follow a similar format. “He didn’t do a lot of talking during the event,” Mark Cavitt told Complex. “He did a short intro so people knew what to expect, and then he introduced each song so people knew the names and and features. Nothing specific about when the album would drop.”

Other attendees touched on the themes of the album, and how West goes in-depth regarding his religion and his spiritual conflicts. “The entire album was not strictly about Jesus, but it was an ongoing theme throughout,” said Danielle Bennett. “Some songs focus more on spirituality and religion, and some were more lighthearted and geared toward a wider audience,” Bennett added. “Some tracks had a more classic Kanye feel, and some had a Sunday Service feel.” 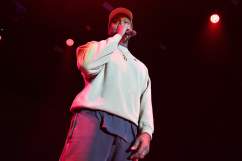 When Is Kanye West Releasing ‘Jesus Is King’?

West Has Announced That He Will No Longer Make Secular Music

Kanye also announced that he is no longer making secular music. Only Gospel from here on out.

The leak also confirms reports that Jesus Is King has no explicit lyrics throughout its ten tracks. “I don’t remember there being any vulgar lyrics, which is definitely a first for him,” she recalled. “I think the entire album really represents this transition he’s gone through from being angry and struggling with his mental health to finding God and becoming a new person.” 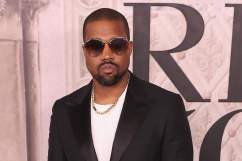