Getty Mandy Moore (L) and Milo Ventimiglia speak onstage at a 'This Is Us' panel discussion.

Milo Ventimiglia is nominated for an Emmy for his performance in the drama series This Is Us. As the patriarch of the Pearson family, he has received glowing praise from fans and critics alike. That said, some fans are curious about Ventimiglia’s onscreen romance, and who plays his character’s wife. Who is the actress that plays his wife?

Mandy Moore plays Jack Pearson’s wife, Rebecca. The couple undergo several drastic changes over the course of the series, included playing versions of themselves at different ages. Ventimiglia talked about the process of finding chemistry with Moore, and how they clicked from their very first audition. “Mandy had been in the business just as long, and we’d never met when we did our chemistry read for This Is Us,” he told Variety. “In our first meeting it felt like she was bringing something out of my performance that nobody else was doing, and I think I was doing that with her.”

Swipe ➡️ if you're in serious need of some wholesome Pearson family content right now. #ThisIsUs

“Once we got in the room and we were reading scenes together, it just felt natural,” he continued. “We were playing husband and wife of five years, expecting kids, and there’s an intimacy with that, even in the room that very first time, I would say to her, ‘I’m going to put my face in your neck, is that OK? I’m going to have my hand on your back, is that OK?'” Ventimiglia also talked about the process of handling difficult scenes together, and how they find different ways to navigate tricky emotions.

“It’s always about communication. For Mandy and I, if we ever come to difficult times in a scene, character-wise or even just a difference of approach, one thing we’ve always done since the beginning is just turn to each other and say, “What do you think?”, he explained. “Her process is as simple as mine, and I think that’s what really bonded us in the beginning. You do the homework, show up and see what happens on set — and [are] not afraid to dance.”

Their relationships set your screen on fire. Now, get ready for their next chapter. ? #ThisIsUs

The chemistry between Ventimiglia and Moore has led fans to say that they want them to date in real life. Moore responded to these claims during an interview with Entertainment Tonight. “I mean, hey, I’ll take that!” she said. “That makes me feel good, because we’re doing our jobs!” Moore has also said that Ventimilgia provided her with her best screen kiss.

“I respect and I appreciate [what she said], and she is mine,” Ventimilgia said during an E! News interview. “It’s one of those things, like, your current girlfriend, you have to say ‘She’s the best.’ She may have had some steamy ones in the past, but I thank you Mandy for saying I’m the best. Right back at you!” In real life, both Ventimiglia and Moore are in relationships. The former is believed to be dating marketing coordinator Kelly Egarian, and the latter is married to musician Taylor Goldsmith. 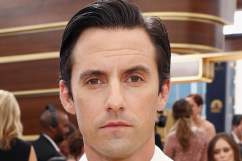