The 2019 BET Hip Hop Awards returns for a night of thrilling performances and unexpected moments. While the list of performers is impressive, the list of presenters is just as dazzling for rap fans. Read on for a full rundown of tonight’s presenters, as well as which rappers will be participating in the freestyle cypher.

Teyana Taylor will be one of the main presenters tonight. In addition to her presenting duties, Taylor will be up for two awards, Best Female R&B/Pop Artist and BET Her. Her last studio album, K.T.S.E., was released in 2018 and was produced by Kanye West. Taylor will attend the BET Hip Hop Awards with her husband, Iman Shupert.

Daniel Kaluuya will be another notable presenter. Kaluuya is an Oscar nominee who presented the award for Best International Flow to Ghanaian rapper Sarkodie. “I think Africa has always had it and it is about that time,” Sarkodie told the crowd. “This year is the Year of Return and I would urge each and every one of you here to take a trip back home.” Sarkodie dedicated the award to his daughter Titi.

Rick Ross is perhaps the night’s most surprising presenter. In addition to performing, Ross will present the “I AM HIP HOP AWARD” to legendary emcee Lil’ Kim. Ross talked to Billboard about presenting the award, and releasing music with Kim in the future. “Really we just began conversing two years ago. We started bouncing ideas around and Kim is one of those people who has a lot of music stacked up,” he explained. “So when people say, ‘I heard you got a song with Kim,’ I’m always like, ‘Which one?’”

There will be several artists and comedians who will be performing during the BET freestyle cypher. There’s going to be a comedy cypher, the first ever for the ceremony, and it will include verses from comedians Chico Bean, Karlous Miller, Affion Crockett, Jess Hilarious, and host Lil Duval.

There will be a second freestyle cypher with a list of talented emcees. Some of the most notable include Dae Jones, Jazz Anderson, Bandhunta Izzy, Young Devyn, Kash Doll, IDK, King Los, Travis Thompson, and the aforementioned Iman Shumpert. BET is also introducing its audience to a new battle rap segment. DNA will face off against Geechi Gotti in front of the live audience, and the winner takes home a $25,000 reward. 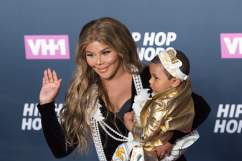