Getty A marching band from Italy appears in the NYC Columbus Day Parade.

New York’s Columbus Day Parade is one of the city’s best known and longest-running parades. According to the Columbus Citizens Foundation, this year’s 75th celebration will have “over one million spectators” watching the event. The 2019 edition of the parade covers even more acts and local sponsors.

This year the parade is led by Grand Marshall Massimo Ferragamo, the son of the legendary designer Salvatore Ferragamo. “It celebrates Italian heritage, Italian-American relationships and I am very proud to be to be part of this,” he said of the honor. Previous Grand Marshalls for the legendary event include TV personality Regis Philbin and actor Danny Aiello. 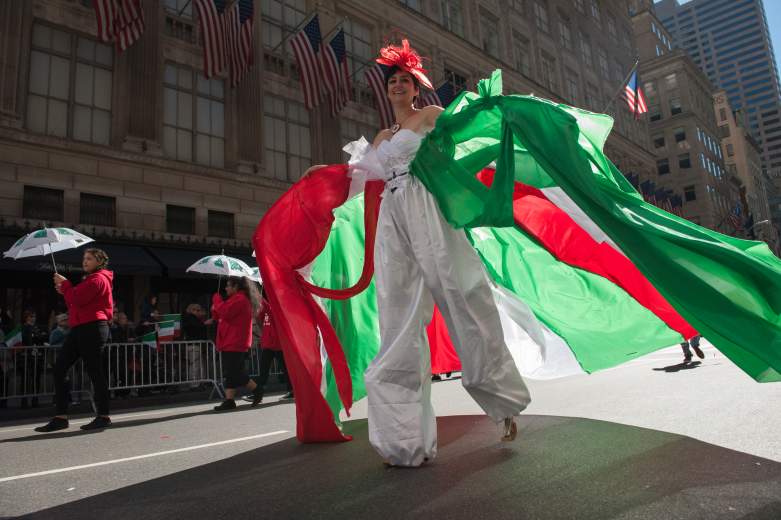 The parade begins at noon and is scheduled to run until 3pm. Before the parade commences, the Columbus Citizens Foundation also hold a day of Mass at St.Patrick’s Cathedral. While tickets are required until 9:15am, the event becomes general admission afterward.

The Parade Route Runs Between 44th Street and 72nd Street

The starting point for this year’s parade is 44th Street and Fifth Avenue. After the event begins, participants will head directly towards the stopping point of 72nd Street. Areas for “red carpet” performances are also included between 67th and 69th streets. 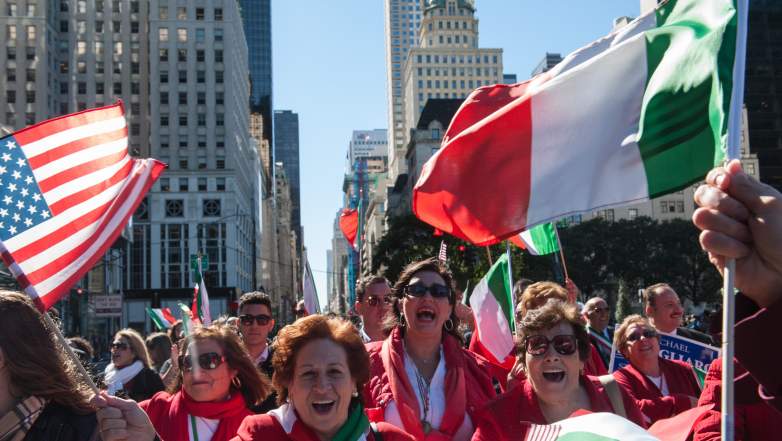 All road closures related to the parade begin at 10am on the day of the event and are scheduled to end at 6pm. According to New York City DOT, planned closures coincide with various aspects of the parade. It’s not just the route that’s included in this list, certain streets will be home to loading, unloading, and preparations. Keep in mind that the closures are subject to change without notice.

Alternate Side Parking Will Not Be an Option

For the event, as well as the holiday, alternate side parking has been put on hold. Parking may change or be altered further based on not only the event but other holiday-related issues. As always, check with authorities for updates on the return of alternate side options.

Buses WIll Be Running on Their Normal Schedules

While some stations are undergoing standard maintenance, there are no planned changes to bus service before, during, or after the parade.

Subway Service Will Be Running on a Normal Schedule

Only standard maintenance is planned for selected routes and tracks. At this time, there are no plans to alter service for the parade or surrounding events. The MTA’s official app provides instant updates as well as additional information related to parade closures and increased traffic.

In recent years, the number of protesters and protests have grown. These protests can affect the flow of traffic as well as the parade itself based on factors such as group size and security. Whether attending the event, participating as a protestor, or venturing near the area, be aware of any possible security alerts coming from local officials and government agencies. While most city and state government offices are closed, they still post updates via websites or through safety alerts on mobile devices.

Redhawk Native American Arts Council is holding a counter-celebration that could impact traffic and closures. The Harlem River Field event, entitled Indigenous People Day Celebration, includes dance and music-related activities. A 7am Sunrise Celebration is also planned on October 14th, As with other activities, no closures are expected.