Joker has been one of the most anticipated films of 2019, and its finally here. While DC Studios have confirmed that the film doesn’t have direct ties to the upcoming Batman reboot, or any other DC properties, there is some speculation as to whether the acclaimed film will get a sequel. Will director Todd Phillips and actor Joaquin Phoenix reunite for Joker 2?

The short answer is no. Phillips hinted at the possibility of working with Phoenix again during a recent interview, but he made no mention of them doing another Joker film. “One thing I will tell you: I would do anything with Joaquin, any day of the week,” he told Collider. “There’s nobody like him. If he was willing to do it, and if people show up to this movie, and Warners came to us and said, ‘You know what? If you guys could think of something…’ Well, I have a feeling that he and I could think of something pretty cool.”

Phillips clarified his remarks with IGN, where he said he always envisioned Joker as a one-off film. “We have no plans for a sequel,” he stated. “The quote was, ‘I will do anything Joaquin wants to do.’ And I would. But the movie’s not set up to [have] a sequel. We always pitched it as one movie, and that’s it.” The director went on to say that the appeal for both him and Phoenix in making a Joker film was that they could tell a story that was not bound by sequels or an expanded cinematic universe. “We made this movie, I pitched it to Warner Bros. as one movie,” he restated. “It exists in its own world. That’s it.”

Phillips, whose past films include The Hangover and War Dogs, told Variety that his iteration of the Joker would never appear in other DC properties. When asked whether Phoenix would consider reprising his Joker in the upcoming Batman reboot, the director flatly stated: “No, definitely not.” Those eager to see more of the Gotham’s clown prince, needn’t worry, though. Phillips assured fans that DC has different takes planned on the Joker. “Oddly, in the states, comic books are our Shakespeare it seems, and you can do many many versions of “Hamlet,” he reasoned. “There will be many more jokers, I’m sure, in the future.”

Phillips & Joaquin Phoenix Has Talked About Working Together on Another Film

Put on a happy face. Get tickets at link in bio. #JokerMovie

Pheonix’s response to the sequel rumors has been much more cryptic. When asked by Entertainment Tonight whether he would return as Joker, he merely looked into the camera and smiled. Phoenix previously turned down offers to play the Hulk and Doctor Strange in the Marvel Cinematic Universe, though he explained that it was because of the commitment of multiple films, rather than the quality of the films.

“I think they make some great, fun movies. There’s nothing wrong… I’m not a f**king, like, cinephile,” he said. “I’m not a snob and I’m totally fine with… I enjoy those movies sometimes, and I think they keep the f**king industry going in some ways, so I don’t have a problem with it at all. I think that everybody was, is… I’m trying to figure out how to say this most diplomatically, okay… I think everybody was really happy with how things turned out. All parties were satisfied.” 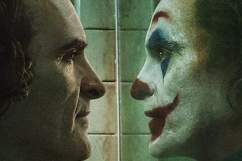 Does ‘Joker’ Have a Post-Credits Scene?