Get This Deal Now

Muggles, rejoice! Amazon has an absolutely magical deal on Complete 8-Film Collections of the Harry Potter movies. In fact, you can save up to 73% on the collection in various formats!

There are a few format options available: 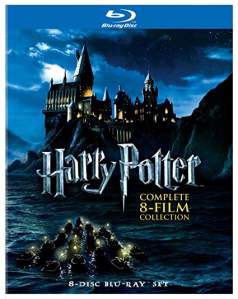 If you’re looking for a deal on just the complete Harry Potter Blu-Ray collection, this option is the best deal for you! Like the other deals on Amazon today, it features all eight of the Harry Potter movies (listed below if you need a refresher). With this deal, you’ll save $52 on the MSRP! 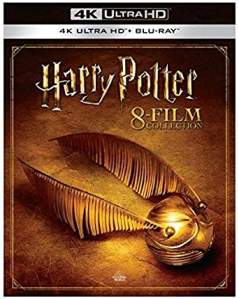 If you want the ULTIMATE viewing experience, and you’ve got the proper TV and device to play Ultra HD, this is the best option for you! All eight films are included here as well, but instead of just the Blu-Ray set, you also get the 4K Ultra HD editions. To put it simply, that just means you’re getting 4K HDR.

With this deal, you’ll save $99—and you’ll be able to see exactly what color Harry’s lightning bolt scar is. Cool. 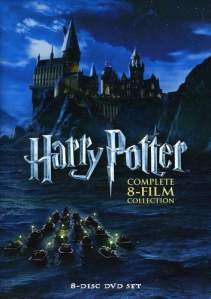 If you haven’t made the jump to a 4K TV just yet, and you’re still rockin’ the same DVD player you’ve had for years, that’s alright—there’s a Harry Potter deal for you, too! You can save $52 on the DVD 8-disc set on Amazon today!

Any of these 8-film Harry Potter collections will make a great gift for Christmas for your favorite Potterhead!

What Harry Potter Movies are Included?

Since you’re getting all of the movies anyway, you might want to know which one is the highest-rated. Collider claims the best Harry Potter movie is Harry Potter and the Prisoner of Azkaban, but I’d personally rank The Goblet of Fire higher.

Of course, one of the great things about the Harry Potter 8-film series is that they’re all pretty great. It gave us a chance to watch a few popular actors grow up on screen right before our very eyes!

Get This Deal Now