Getty FX's twisted new miniseries, "A Christmas Carol," premieres December 19 at 7:30 p.m. EST. Here's what we know about the cast, crew and schedule of the show.

A Christmas Carol, FX’s twisted, new miniseries based on the novel by Charles Dickens, airs tonight at 7:30 p.m. ET/PT. The description for the FX series reads, “FX’s A Christmas Carol is an original take on Charles Dickens’ iconic ghost story by Steven Knight (Taboo, Peaky Blinders). The FX Original movie is a spine-tingling immersion into Ebenezer Scrooge’s dark night of the soul.”

UPDATE 12/23/2019: FX has A Christmas Carol scheduled to re-air on the following days and times during Christmas week – December 24 at 8/7c on FX, and again on Christmas Day, December 25 in the early afternoon at 3/2c. The miniseries runs for three hours.

The network calls the series a “dark reimagining” of the classic tale, and features a star-studded cast, including Guy Pearce, Andy Serkis, Stephen Graham and more. Here’s what we know about the 2019 cast and schedule of A Christmas Carol: 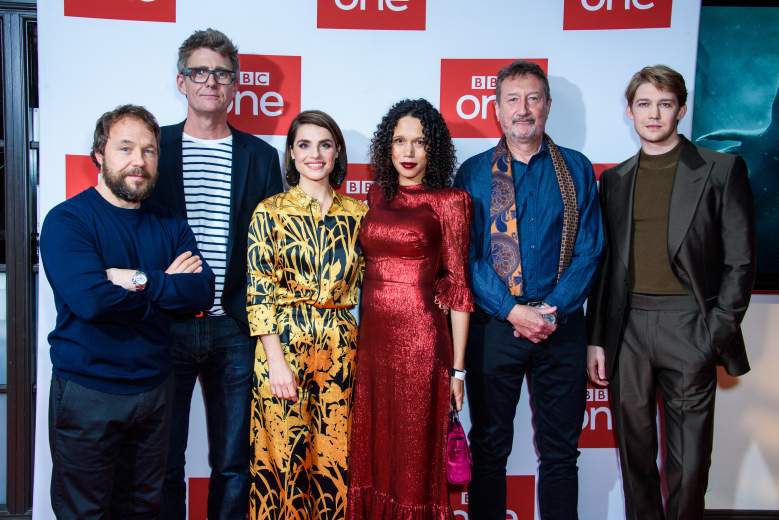 The miniseries was written by Peaky Blinders creator Steven Knight and directed by Nick Murphy (The Awakening), according to the FX website. Knight is also known for his work on Taboo and the Apple TV+ series See. Executive producers include Knight, Tom Hardy, Ridley Scott, Dean Baker, David W. Zucker and Kate Crowe.

Check out the cast of the remake below:

Pearce was skeptical about taking on the role of Ebenezer Scrooge at first, considering the dozens of adaptations of the story over the last several decades. However, once Hardy contacted Pearce about the project and he had a chance to read through the script, he was impressed with Knight’s take on the iconic character and was ready to jump in head first.

“I was doubtful for a minute, but of course, once I got into it and read it I thought, ‘Oh, this is too good, I can’t let this go,’” Pearce told the Los Angeles Times. “It was really great, even though it has been done and it’s been explored a lot. But I felt they were doing something new. The whole thing was just kind of exciting.”

The Miniseries Consists of Three Hour-Long Episodes, Which Will be Released as a Long Movie on FX

There are three episodes scheduled for the miniseries on IMDb at the moment, and all three are set to premiere tonight, according to the site. The premiere is expected to run for at least three hours, according to the FX schedule, and will conclude around 10:30 p.m. EST/9:30 p.m. CST.

The description for the series premiere reads, “The demons of greed are prevalent in Ebenezer Scrooge and his only saving grace is a series of visits from three ghosts.” FX’s synopsis for A Christmas Carol is even shorter and reads, “Ebenezer Scrooge experiences a dark night of the soul.”

According to the Los Angeles Times, this version of the story was created as a three-part miniseries for the BBC network and showcased as a complete film for FX, so there will not be any additional episodes released in the coming weeks. However, the network will re-air the series over Christmas week, so if you happen to miss the premiere tonight, you can catch it again next week.

Knight recently told the Los Angeles Times that he plans on adapting several Dickens novels into miniseries over the course of the next few years, ideally using the same repertoire of cast and crew, according to the publication.

“I’m a big admirer of Dickens, of the way he works,” Knight told the outlet. “Many people say that if he was alive today he would be writing in miniseries, because he wrote in episodes and he created indelible characters. I was keen to take advantage of the fact that television is now what it is, that there are now huge amounts of screen time so you can do the library of classics justice. I felt a good way to begin would be a short novel, which is ‘A Christmas Carol.’”

Tune in tonight, December 19 at 7:30 p.m. ET/PT to catch the premiere of A Christmas Carol on FX. There will also be encores of the miniseries during Christmas week, according to the network. In the meantime, check out this author’s profile for more entertainment news and TV coverage.

READ NEXT: FX’s ‘A Christmas Carol’ Live Stream: How to Watch Online