Garth Brooks, one of the most prolific country singers of the 1990s, stars in an A&E documentary on his life, which airs Monday, December 2 at 9 p.m. EST/8 p.m. CST. The second half of the documentary, titled Garth Brooks: The Road I’m On, will air Tuesday, December 3 at the same time.

With all eyes on Brooks tonight, fans might be curious about his personal life. Brooks was born to Troyal Raymond Brooks Jr., a draftsman for an oil company, and Colleen McElroy Carroll, a 1950s-era country singer. Brooks was born on February 7, 1962, making him 57-years-old, going on 58. He stands at 6’0″ tall, and has been married to wife Trisha Yearwood since 2005.

Here’s what you need to know about Brooks ahead of his documentary The Road I’m On: 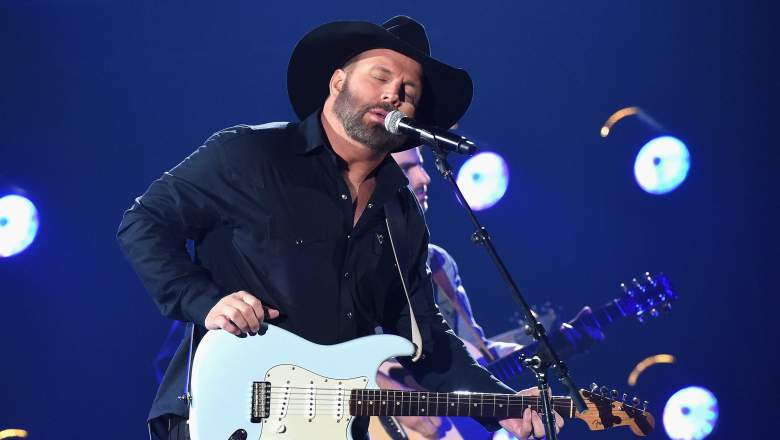 While promoting his two-part documentary, the country star opened up about taking a break from the music industry in 2001; he said that he basically started a whole new life following his divorce from first wife Sandy Mahl, according to Us Weekly.

“I just said goodbye to music, got divorced, moved back to Oklahoma and left Nashville,” he said during a recent Q&A. “I was living with three strange women that I did not know. They were 8, 6 and 4. And I was about to get a crash course in females. … And my best friend showed up.”

After he and Mahl split in 2000, he began dating fellow country music singer Trisha Yearwood, whom he had met several years earlier while he was still married to Mahl. He gushed that Yearwood was a tremendous help when it came to helping raise his three daughters.

“It was good, [she] helped me out a lot. She didn’t have children either. So we were kind of blind leading the blind,” Brooks explained. “I’d never wished divorce on anybody, but three children and three parents worked really well, especially since the girls were all tomboys. So they were all at soccer, track and field, softball. Never ever did one of those kids take the field where at least one parent wasn’t in the stands. … I love music to death, really do. But there’s nothing like loving your babies.” 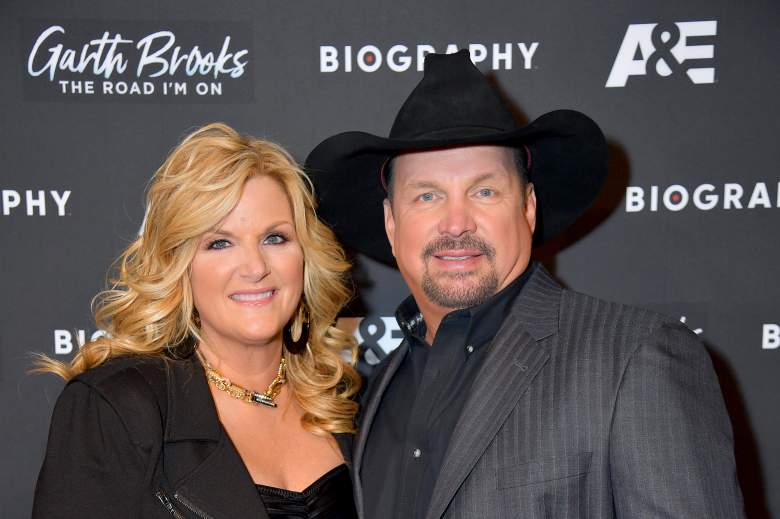 The documentary highlights Brooks’ early years with Yearwood, as well as his marriage and divorce from his first wife. According to Rolling Stone, the couple was first introduced in 1988 through songwriter Kent Blazy, who invited Brooks to his studio to record a few demos earlier in his career. Blazy was also working with Yearwood at the time, who was attempting to kickstart her own country music career and was in the studio recording as well.

“What I remember about that day, singing on the same microphone and it was a duet, felt immediately like I’d been singing with him forever,” Yearwood said of her future husband and the connection they had during that first meeting.

Brooks had been married to Mahl for 13 months when he first met Yearwood; he admits that he had told a friend, “I feel like I just met my wife,” despite being married to another woman.

Tune in Monday, December 2 at 9 p.m. EST/8 p.m. CST to catch the first half of the documentary, followed by the special conclusion on Tuesday, December 3 at the same time.

READ NEXT: Garth Brooks TV Special 2019: How to Watch ‘The Road I’m On’ Online