Google - Labeled for Reuse/Getty Check out pictures of the original cast members of "Good Times" from back when the series first aired, and see what they are up to now.

The ABC description of tonight’s special reads, “Live in Front of a Studio Audience, the live broadcast television event that captivated audiences with its all-star cast recreating episodes of All in the Family and The Jeffersons last spring, is set to return to ABC with newly recreated, live installments of Norman Lear and Bud Yorkin’s Emmy Award-winning series All in the Family and groundbreaking sitcom Good Times.”

With the reboot airing tonight, fans may be wondering what the original cast is up to these days, and how they’ve changed since the show first aired in 1974. Read on to see what some of the original cast looked like back then compared to today:

Esther Rolle played the matriarch of the Evans family, Florida Evans. On the show, Florida and her husband James are working class parents living in a Chicago housing project while attempting to raise their three children. Rolle is best known for her roll on Good Times, as well as her character on the series’ parent show Maude. Roll sadly died in 1998 from complications with diabetes, just nine days after turning 78.

John Amos portrayed Florida Evans’ husband James Evans Sr. On the show, James is a Korean war veteran who struggles to find work due to his lack of education. Despite his commitment to support and provide for his family, he rarely found consistent and the family often struggled financially. Amos eventually left the show after three seasons due to creative differences with showrunner Norman Lear; the actor went on to star in the 1977 miniseries Roots, which earned him an Emmy nomination. Amos has two adult children and currently resides in Tewksbury Township, New Jersey. 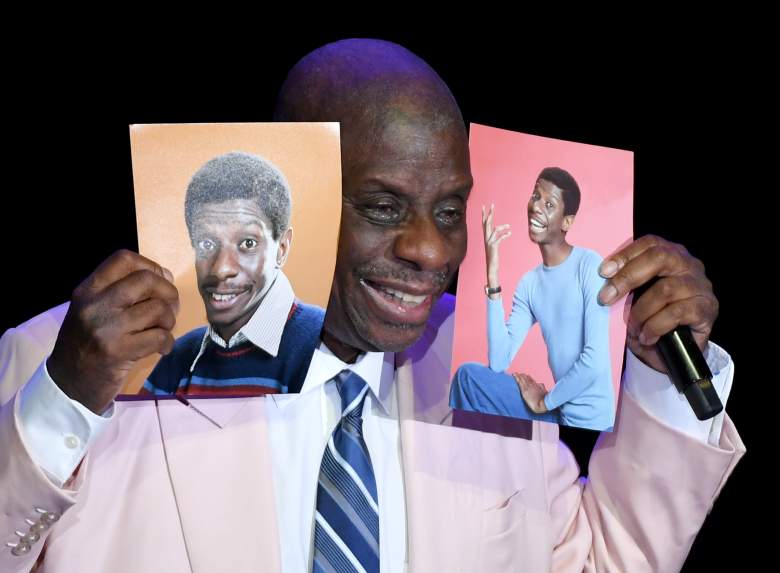 LAS VEGAS, NEVADA – AUGUST 24: Actor/comedian and host Jimmie “JJ” Walker holds up photos of his younger self as he performs his stand-up comedy routine before introducing Deon Cole at The Orleans Showroom at The Orleans Hotel & Casino on August 24, 2019 in Las Vegas, Nevada. (Photo by Ethan Miller/Getty Images)

The Evans’ eldest child, James “JJ” Evans Jr., was played by actor Jimmie Walker. Walker won a Golden Globe nomination for Best Supporting Actor in a Television Series in 1975 and 1976 for his role as JJ, and for penning the catchphrase “Dy-no-mite!” Today, Walker tours the country and promotes his stand-up comedy routine. He is also an outspoken supporter of President Donald Trump (and a staunch critic of former President Barack Obama).

BernNadette Stanis portrayed the Evans’ one and only daughter Thelma Ann Evans–Anderson. Stanis went on to author five books following her time on the show: Situations 101: Relationships; The Good, The Bad & The Ugly; For Men Only; Situations 101: Finances; and The Last Night. She occasionally still dabbles in acting; her most recent credits are from 2015 and 2016 and include the television series Black Jesus and the film “36 Hour Layover,” otherwise known as “No Regrets.” 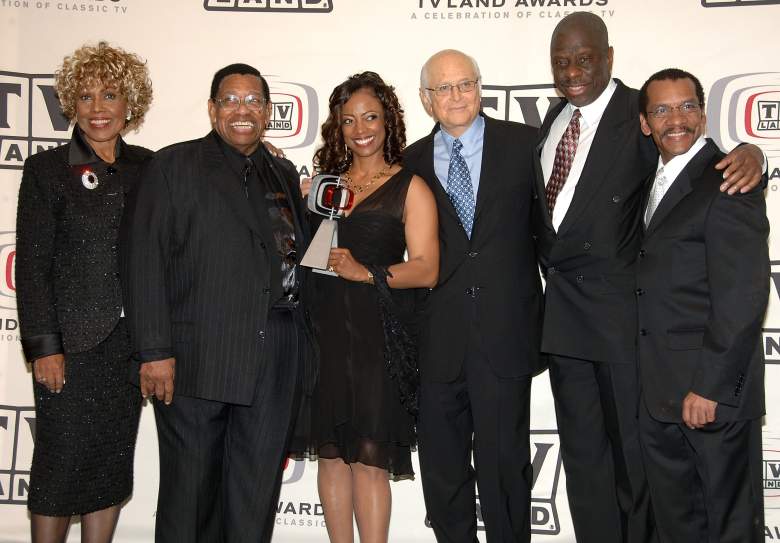 Michael Evans, the youngest child of Florida and James Evans, was played by actor Ralph Carter. Although he is known for his role on Good Times, Carter’s career did not begin in television; when he was just 9-years-old, Carter was featured in the musical “The Me Nobody Knows.” From there, he landed roles in stage productions, “Tough to Get Help,” “Dude” and “Via Galactica,” according to ABC 7. He also recorded an album called When You’re Young and in Love, and performed it on Soul Train. These days, Carter is retired from acting and living a quiet life with his family in New York.

Ja’Net DuBois played the sassy Willona Woods, a close friend and confidant of the Evans family. When DuBois isn’t acting, she is also a singer-songwriter and dancer; she co-wrote and sang The Jeffersons theme song and starred in several movies throughout her career, including Charlie’s Angels: Full Throttle and dozens of television series. The actress had two children but sadly lost her son Raj Kristo Gupta to cancer in 1987. He was 36 when he died, according to Meaww.

Tune in Wednesday, December 18 at 8 p.m EST/7 p.m. CST to catch ABC’s Live In Front Of A Studio Audience remake of the beloved sitcoms All In the Family and Good Times. In the meantime, check out this author’s profile for more entertainment news and TV coverage.

READ NEXT: All in the Family Original Cast Then & Today

Read More
Celebrities, Entertainment, TV
Check out pictures of the original cast members of "Good Times" from back when the series first aired, and see what they are up to now.