There were 4 finalists heading into the season finale of The Voice. Each of them had proven their singing talents, and dazzled audiences with their charismatic stage presence. That said, only one of them could be crowned the season 17 winner, and we’ve provided a rundown of predictions as to who we think it will be.

UPDATE: Jake Hoot was crowned the winner of The Voice season 17.

We're looking at the winner of #TheVoice. ?

Katie Kadan (Team Legend) has lots of momentum heading into the season finale. She has delivered one stellar performance after another, and her cover of Aerosmith’s “I Don’t Want to Miss a Thing” on Monday night’s episode kept the streak going. Blake Shelton called her performance flat-out “unbelievable, and coach John Legend could barely muster the words to describe how impressed he was. He said he was honored to be working with who manages to dazzle him every week.

That said, Kadan didn’t fare as high when it came to her original song, “All Better.” It was a more subdued effort than fans were expected, and it didn’t connect to the extent that her covers have in the past. “All Better” peaked at number 4 on the Apple Music, while her cover peaked at number 8. America’s votes will determine whether these numbers are enough to keep her from the crown, and leave her with a 2nd place finish.

We Predict Ricky Duran Will Finish In 3rd or 4th Place

Ricky Duran (Team Blake) has really come alive during the last few weeks, as his covers of “Let It Be” and “Runnin’ Down a Dream” have shown his instrumental prowess. He is easily the most musically accomplished of the finalists, and the fact that he dedicated the former cover to his late parents struck an emotional chord with fans. Still, we don’t think that Duran will be the next Voice champion.

For some reason, Duran has failed to connect with fans on a consistent basis, and he doesn’t have the undying fanbase of someone like Kadan or Jake Hoot. We predict a third or fourth place finish for the multi-instrumentalist.

Rose Short (Team Gwen) seems to be heading towards a similar fate. She got a huge boost during the top 4 episode, when her clutch performance during the Instant Save Vote knocked two other contestants out of contention and secured her spot in the finale. Unfortunately, Short’s music has not done as well as her peers on the Apple Music charts.

We Predict That Jake Hoot Will Win ‘The Voice’ Season 17

of his LIFE. #TheVoice #TeamKelly

Which brings us to Jake Hoot (Team Kelly). The country singer has captivated audiences with his simple, powerful delivery, and his charming personality has made him a favorite among the coaches. It would be a virtual lock with Kadan for the Voice crown, were it not for the Apple Music rankings.

Hoot earned the Apple Music Bonus for the third straight week with his original single “Better Off Without You” and his cover of “Amazed.” Given that fans are able to vote on Apple Music, and streams count towards their chosen artist, we predict that Hoot will walk away as the season 17 winner. 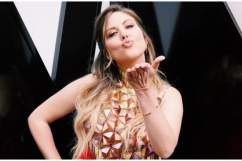 Read More
Reality TV, The Voice, TV
Find out which contestants remain on 'The Voice' season 17 and which has the best chance of winning.