The Voice Season 18 Episode 4 airs Monday, March 9 at 8 p.m. EST/7 p.m. CST on NBC. With another night of blind auditions on the horizon, fans can expect to see Blake Shelton’s team continue to expand even more, although he is already in the lead with six contestants.

Team Blake includes Todd Tilghman, Todd Michael Hall, Levi Watkins, Toneisha Harris, Joei Fulco and Jamal Corrie. Keep reading for a rundown on each of the contestants on Shelton’s team, and check back again later for an update on who else joins Team Blake after tonight’s episode concludes.

Todd Tilghman: Tilghman, 41, sang “We Have Tonight” and got three chair turns and a stand-up from Nick Jonas before Shelton finally turned around, making him one of the few four-chair turns of the season so far. Kelly Clarkson gushed over Tilghman’s raspy voice, but Tilgman went with Team Blake in the end.

Todd Michael Hall: Hall, 50, hails from Saginaw, Michigan; the contestant sang “Juke Box Hero” and got turns from John Legend and Shelton respectively. Both judges liked the idea of having “true rock” represented on The Voice, and he joined Team Blake.

Levi Watkins: Watkins, one of the youngest contestants at 14-years-old, hails from Birmingham, Alabama. He sang “Hey, Soul Sister,” and Blake was the only judge to turn around. He told Watkins, “I don’t want this to turn into, ‘I can’t believe you’re 14,’ because that was an incredible vocal,” and welcomed Watkins to his team.

Toneisha Harris: Harris, 44, sang “I Want to Know What Love Is,” and earned a four-chair turn. Each of the judges were so impressed that they all decided no matter whose team she chose, she deserved to be in the competition. Harris joined Team Blake after revealing that she was going to try out for The Voice several years ago, before her son fell ill with leukemia (he is now healthy and cheering her on!).

Joei Fulco: Fulco, 22, covered Cher’s “Gypsys, Tramps and Thieves.” Shelton turned his chair first, quickly followed by Nick Jonas, who was just as quickly blocked. She ended up on Shelton’s team after he told her, “The Cher that’s in your voice. That’s what had me. The fact that you’re bringing that sound to current music—that’s what’s going to set you apart.”

Jamal Corrie: Corrie, 26, performed an airy cover of “Be Alright” by Dean Lewis; although Shelton was the only judge to turn, he told the contestant, “I hit my button for you because I believe in you and I believe in your talent,” Blake said. “I’m proud to be your coach, dude.”

The Contestants For Team Kelly, Team Legend & Team Nick Include … 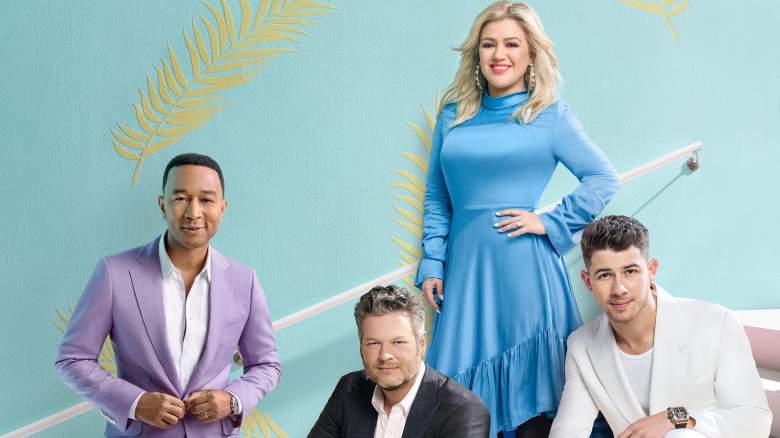 Team Kelly, Team Legend and Team Nick are all listed below; be sure to check back later for updates on each of the four Voice teams after tonight’s episode airs!