TLC/YouTube Dominic Hernadez is the subject of the March 25 episode of "My 600 Lb Life."

Dominic Hernandez, 37, weighs 672 pounds and is living out of a van with his brother James, 41, in California. Dominic is the subject of tonight’s March 25 episode of My 600 Lb Life, which airs Wednesday at 8 p.m. ET on TLC. The episode will follow the homeless brothers they as leave California to seek out the help of celebrity bariatric surgeon Dr. Younan Nowzaradan, in order to shed some weight and regain control of their lives.

The TLC description of Season 8 Episode 13, titled “Dominic’s Story,” reads, “Dominic’s life is falling apart due to his food addiction. At over 600-lbs, living in a van with his brother, Dominic decides to leave California for Texas, where only Dr. Now can help him learn to face life’s challenges without using food to cope.” The episode focuses on Dominic’s weight loss journey, while his brother is there for support.

Here’s what we know about the reality star and his journey ahead of the new episode. (Warning: some spoilers on Dominic’s story ahead! Turn back now if you don’t want anything ruined for you before the episode airs!)

Homeless and living in a van, Dominic and his brother face unique challenges when it comes to their weight-loss goals. Follow their story tonight at 8/7c on #My600lbLife. pic.twitter.com/eNP9TsKGdU

When we first meet Dominic and his brother, the reality star explains that he and James became homeless shortly after their mother passed away a few years ago and they lost possession of her house.

Dominic also discusses his childhood, and the events that led to his dependency on food. According to Dominic, he and James had a great childhood, up until he was 9 years old and their father left. He turned to food to cope with his fathers’s absence, and when his mother started leaving the boys with a family member while she worked, Dominic was sexually abused, which deepened his food addiction.

“No one wants to be the big kid in high school,” Dominic says during the March 25 episode. “So I tried to control my eating some, but I never really could.” According to the star, by the time he was 14 years old, he weighed over 300 pounds, and he reached 400 pounds shortly after he left high school.

By the time Dominic was in his mid-20s, he weighed over 500 pounds, and his mother was diagnosed with diabetes. He explains that he and James took care of their mother for eight years until she passed when Dominic was 34. Although his mother, who also struggled with her weight, encouraged Dominic to focus on his health, he continued to gain weight after her death; the reality star was 672 pounds when he first started working with Dr. Now. 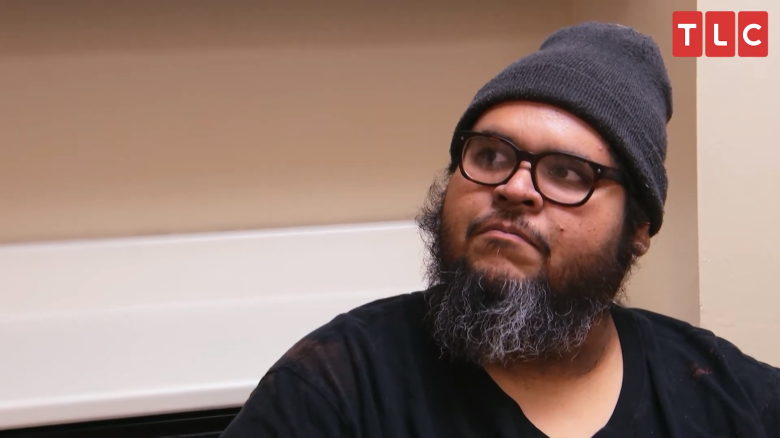 Dr. Now gave Dominic a modest weight loss goal in the beginning due to his living situation – he only required Dominic to lose 60 pounds in the first two months, but he also insisted Dominic and James work hard on getting their lives in order, including finding consistent work and living arrangements.

By his first weigh in with Dr. Now, Dominic only loses 26 pounds, so the doctor encourages him to talk to a therapist about his childhood trauma while he continues to diet. “I’m glad Dominic has made some progress, but he still seems to lack overall motivation to turn his life around,” Dr. Now tells the cameras.

Sadly, Dominic does not get more motivated after his first appointment with Dr. Now. The reality star ends up gaining three pounds back by his next appointment, putting his total weight loss at 23 pounds. His final weight was 650.1 pounds, and Dr. Now dropped him from the program, though he did tell him he can come back if he “get’s serious and starts losing.”

Although Dominic wasn’t able to get the weight loss surgery in the end, he and his brother did find some success with their living arrangements. By the end of the episode, Dominic and James are living in affordable housing, and while James starts getting more work, Dominic continues to work with a therapist to get to the root of his food addiction.

My 600 Lb Life airs Wednesday nights at 8 p.m. EST on TLC. You can find more coverage on the Season 8 cast and subjects here.