The Voice Season 18 Episode 4 airs Monday night, March 9 at 8 p.m. EST/7 p.m. CST on NBC. There is no new episode on Tuesday, March 10, so fans will have to wait a full week for Episode 5. With another night of blind auditions on the horizon, Kelly Clarkson’s team continues to grow alongside each of the other three talented teams.

Team Kelly includes five contestants so far: Tayler Green, Megan Danielle, Chelle, Sarah Collins and Samantha Howell. Keep reading for a rundown on each of the contestants on Clarkson’s team, and check back again later for an update on who else joins Team Kelly after tonight’s episode concludes.

Tayler Green: Green, 27, hails from Los Angeles; the California native sang Julia Michaels’ “Issues,” and had a wide range of vocal arrangements during her performance. Clarkson was the first to turn, although Nick Jonas was right behind her. Clarkson voiced that she would fight for Green, and Green inevitably choose Clarkson.

Megan Danielle: Danielle, a 17-year-old Georgia native, sang “Remedy” in a growly voice that immediately attracted Legend’s attention, although he noted that she would be good for Clarkson’s team as well. Danielle admitted that she always wanted Clarkson as her coach, so she joined Team Clarkson in the end.

Chelle: Chelle, 18, performed a rendition of Billie Eilish’s “I Don’t Want to be You Anymore,” and blew all of the judges out of the water. Jonas rained down compliments on the teen and told her, “You’re tone’s sticky and it actually made me feel emotional.  You’re the kind of singer that I would die to write songs for.” Chelle chose Team Clarkson in the end, despite Jonas’ compliments.

Sarah Collins: Collins, also 18, sang “Like Johnny and June” by Hiedi Newfield and got a turn-around from both Clarkson and Jonas. He told Collins she gave a “phenomenal performance” while Clarkson added, “I love country music. I know I say that every season. I won with a country music [artist], Chevel.” Collins chose Team Clarkson.

Samantha Howell: Howell, 19, covered “Take It On the Run” by REO Speedwagon; Clarkson was the first to turn, and although Blake Shelton was already blocked, he turned anyway, as did Jonas. Howell received stellar compliments from Jonas, while Shelton was frustrated that he was blocked. In the end, Howell joined Clarkson’s team.

The Contestants For Team Blake, Team Legend & Team Nick Include … 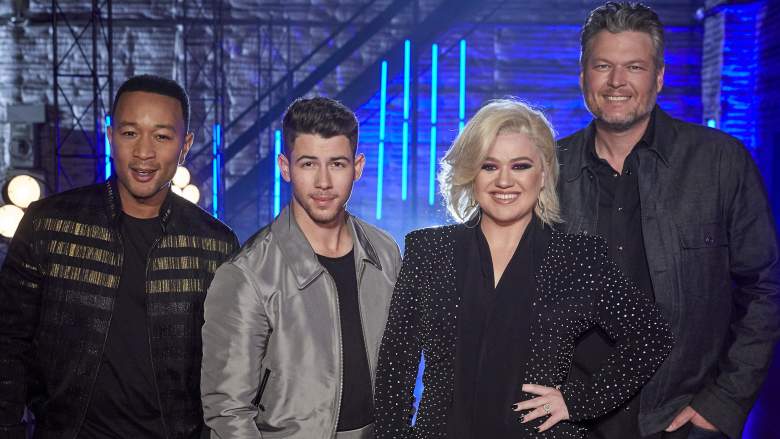 Team Blake, Team Legend and Team Nick are all listed below; be sure to check back later for updates on each of the four Voice teams after tonight’s episode airs!