Audio from a 911 call made by Andrew Glennon, the ex-boyfriend of Teen Mom OG star Amber Portwood, is leaked on the show’s April 7 episode.

Portwood was arrested in July 2019 on felony domestic battery charges after police responded to Glennon’s call. According to the dispatch audio, Glennon told police he feared for his life and the life of their 1-year-old son.

“Officers spoke to the male victim, who stated his live-in-girlfriend and he were having a disagreement,” a police spokesperson told Radar. “During which time the female, later identified as Amber Portwood, assaulted him, while he was holding their 1-year-old child.”

The audio of the incident is leaked during the April 7 episode of Teen Mom OG. Keep reading for details on the incident ahead of the episode’s premiere:

The Dispatch Audio Reveals a Violent Altercation Between Portwood & Glennon, Who Was Holding Their Infant Son

According to a police report obtained by the Indianapolis Star, Portwood’s ex-boyfriend Glennon sent a text to an officer at 2 a.m. the morning of July 5, 2019, saying that he needed help because his and his son’s lives were in danger.

During the dispatch audio recording from the Indianapolis Metropolitan Police Department, a responder states, “I received a text message from somebody saying that their life and their son’s life is in danger.” You can listen to the recording above, courtesy of Radar.

Per court documents, Portwood was accused of hitting Glennon in the neck while he held their infant son, James. The baby was uninjured, but Glennon sustained scratches and red marks, the police report stated, according to the Indianapolis Star. The former MTV cameraman also told officers that Portwood had hit him several times in the past and had frequently threatened him during their relationship.

According to Indiana state court records, later that year, in October, Portwood pleaded guilty to two felony charges of domestic battery and intimidation and was sentenced to 900 days of probation. She was also sentenced to a suspended 910-day jail term, with a credit of two days, which she had already served following her arrest.

Portwood Was Arrested Several Times Over the Years 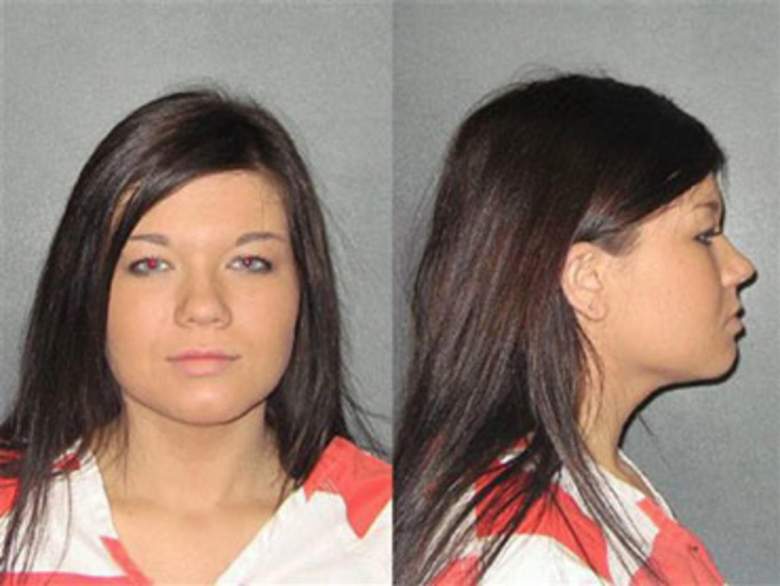 The incident involving Glennon was not Portwood’s first run-in with police. The reality star was arrested several times over the years, including once in 2010 on domestic violence charges after she attacked ex-boyfriend Gary Shirley on camera during an episode of Teen Mom and then again in December 2011, after Portwood was charged with possession of a controlled substance.

During the April 7 episode of Teen Mom OG, audio of the dispute leaks, so Amber is taken to anger management classes to deal with her temper. The description of the episode, titled “To the Rescue,” reads, “Gary takes Amber to anger management class after audio is leaked from a dispute. Catelynn visits her psychiatrist after listening to Amber’s audio leaks. Cheyenne decides to start an event planning business. Maci invites Ryan to Bentley’s bday party.”

New episodes of of Teen Mom OG air Tuesday nights at 8 p.m. ET on MTV. In the meantime, you can find all the latest in TV coverage and entertainment news here.

Read More
Reality TV, Teen Mom OG, TV
The audio of Amber Portwood's July, 2019 arrest is leaked during the April 7 episode of "Teen Mom OG." We've got all the details on her arrest here.