Acclaimed actor and producer Aubrey Plaza is reprising her role as the mischievous, apathetic intern-turned-employee-turned-director April Ludgate on the NBC reunion special of Parks & Recreation. The special, which airs at 8:30pm/7:30c, will benefit Feeding America, a nonprofit organization dedicated to eradicating food insecurity and working tirelessly to feed families during the COVID-19 pandemic.

When we were last in Pawnee, fans got a glimpse into what the future has in store for their favorite characters, but the writers left a lot to the imagination. Plaza’s character, April Ludgate, had moved to DC with her adorable dope of a husband, Andy Dwyer (played by Chris Pratt) to pursue a career at the American Service Foundation. In a characteristic twist of fate, the pair welcomed their first child, Jack, on Halloween night, and a Pawnee finale reunion alludes to another child close behind.

The special will drop in on the characters as they navigate the current pandemic. “It’s not about the disease,” said Michael Schur in an interview with the New York Times. “It’s about people coping and trying to navigate their daily lives.” The special will be recorded from the stars’ homes to follow the social distancing guidelines and stay-at-home orders in place around the country. In addition to a reunion special from the much-adored sitcom, fans will get an inside look at where some of their favorite stars call home.

Here’s what you need to know about where Aubrey Plaza calls home:

In 2012, Plaza was based in L.A.’s trendy Los Feliz neighborhood, according to the Guardian. For the most part, however, Plaza keeps quiet about her home and her lifestyle.

In an interview with Cosmopolitan in 2013, Plaza said, “[Baena’s] a creative person and we understand each other on that level. When we’re together we like hanging out at home. We’re happy having people over and playing Settlers of Catan or Battlestar Galactica. We’re kind of dorks.”

The Guardian also noted that Plaza kept a Deluxe Scrabble board on her kitchen table, so at the very least, the couple really digs their board games. 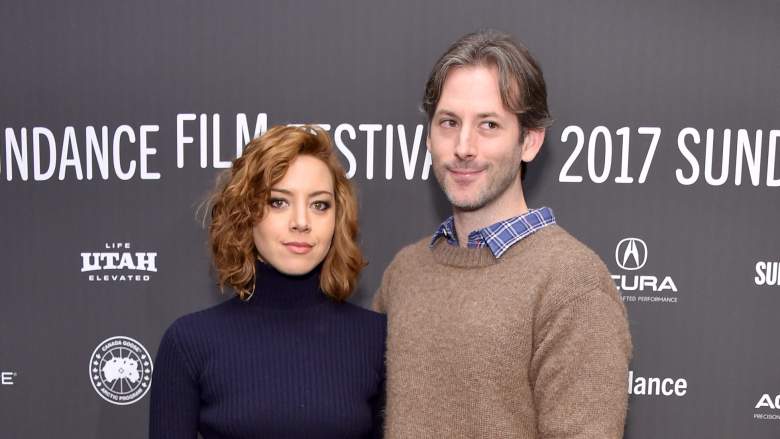 Plaza has lived with boyfriend Jeff Baena in Los Angeles for the better part of a decade as the pair pursue their respective careers in the entertainment industry. Baena, a producer and screenwriter, graduated from NYU’s Tisch School of the Arts before moving to L.A.

The pair began dating in 2011 and have collaborated on several projects, including zombie comedy Life After Beth and The Little Hours, a medieval comedy loosely based on the Decameron.

In addition, Baena worked with friend and Little Hours star Alison Brie on the Netflix film, Horse Girl, which was released in 2020. Meanwhile, Plaza landed starring roles as Karen in Child’s Play, Lenny Busker in Legion, and the titular character, Ingrid, in Ingrid Goes West.

They Definitely Have Dogs

? thank you @billfoundation for bringing her into my life #followbackfrankie #fbf

While the couple may keep their private life private, Plaza regularly posts photos of their dogs. In one of the photos of her pup, a pair of jean shorts is crumpled in the background, suggesting that fans may get a more personal look into Plaza’s home even as she reprises her role as the famously apathetic, will totally eat-out-of-a-frisbee character of April Ludgate.

Maybe fans will be treated to a collection of board games scattered around the house, or else the Ludgate-Dwyer clan will have added a handful of dogs to their brood. Maybe viewers of the reunion special will get to see a more lived-in environment than the sleek, polished, not-a-scrabble-tile-out-of-place world that so many celebrities present. Or maybe Plaza will do like the rest of us and toss dirty clothes, unwashed dishes, and piles of trash into her bedroom in a mad-dash to impress company, even if it is the digital kind.

READ NEXT: How to Watch the Parks & Rec Reunion Special