David and Lana, stars of the hit reality series 90 Day Fiancé: Before the 90 Days, finally met in person during the May 10 episode of the show, after seven years of communicating through a dating app. David made one last-ditch effort to meet Lana after flying back to Ukraine for a fifth time, and the world was shocked when she actually showed up to see him instead of ghosting him once again.

So what’s going on with the reality stars these days? Are they still together today, or did they go their separate ways after filming wrapped up? Keep reading for details, but be warned: MAJOR SPOILERS AHEAD! Turn back now if you don’t want to know the fate of David and Lana’s relationship!

David & Lana Finally Met in Person During a Recent Episode

After five failed attempts to meet his Ukrainian girlfriend in person, the two finally connected during a recent episode of the show. David flew back to Ukraine once again after hiring a private investigator to help him track down Lana, and although the PI had nothing good to say about her, David went with his heart and hopped on a plane back.

When he landed in Kiev, Lana had another excuse for not meeting him right away, and instead opted to meet the following Monday, which had viewers expecting David to be stood up once more. However, the world was shocked when the Ukrainian beauty actually showed up at the Independence Monument in Kiev and jumped into David’s waiting arms (check out the clip above!).

Lana is further introduced to viewers during the May 17 episode, during a time-jump sequence to 24 hours prior to her meeting with David. “My name is Svetlana and I am 28,” Lana says in her intro. “Only a few friends call me Lana, and so does David.” She reveals that she has left her hometown of Pavlohrad and relocated to Kiev to live with her sister, because Pavlohrad is “boring.”

The reality star also explains why she never met David the first several times he flew to Ukraine. “I never lied to David about my reasons for why I couldn’t come meet him,” Lana says during Sunday’s episode. “But now I think I’m ready. I want to see what he is like in real life, and then I will decide about our future. I truly feel it is time to meet face to face.” 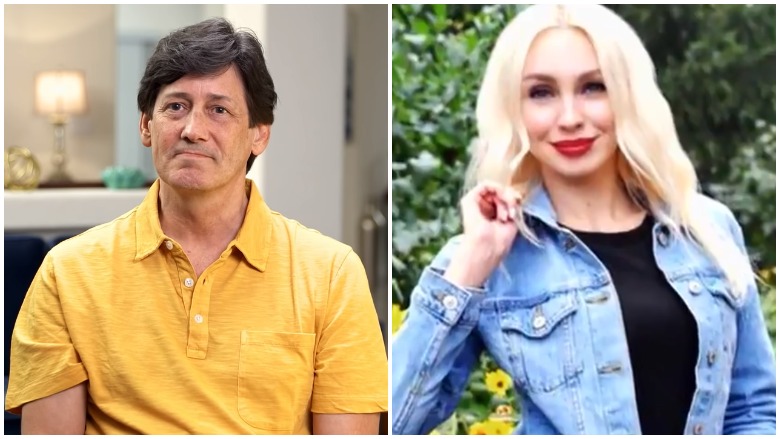 TLC/YouTubeDavid and Lana star on Season 4 of “90 Day Fiancé: Before the 90 Days.”

According to Starcasm, David and Lana are no longer together today, despite finally meeting in person. The two hit it off in Ukraine and David even proposed to Lana, who accepted his cubic zirconia ring, but David reveals during the (leaked) Tell All special that he and Lana are taking a break for the time being.

When host Shaun Robinson asks David for an update on his relationship with Lana, he says, “Right now, I would say that we are not together,” and adds, “I’m not going to say we won’t be together in the future, but right now we’re not.”

He notes that they hadn’t spoken in six days prior to the Tell All taping and that they split up due to stress caused by the show. Lana decided against participating in the Tell All special, but David does; he gives fans a rundown on how the Ukrainian dating app works while updating viewers on his life today.

READ NEXT: David Murphey Net Worth & Salary on 90 Day Fiancé