David Murphey, star of the hit reality series 90 Day Fiancé: Before the 90 Days, has spent upwards of $100,000 on his Ukrainian girlfriend Lana over their seven-year relationship, which had us wondering how much money the reality star actually makes as a computer programmer.

David made it clear from his first appearance on the show that money doesn’t mean much to the 60-year-old computer programmer. Although his net worth has not been publicly disclosed, the first time we met David he was considering selling some of his belongings to buy a $300,000 RV to travel the country with Lana (if he ever succeeds in meeting her), and he has admitted to spending nearly $100,000 on Lana over the years.

His Instagram page also features an incredibly expensive Lamborghini that he used to own, and was showcased at Celebrity Cars in Las Vegas. He said that he sold the car, which likely fetched him a pretty penny. The caption of the photo, which you can view later in this article, reads, “For those of you asking if that was my car at Celebrity Cars in Las Vegas, yes it was, but no more. It was sold.”

David Works as an SR Systems Programmer in Las Vegas 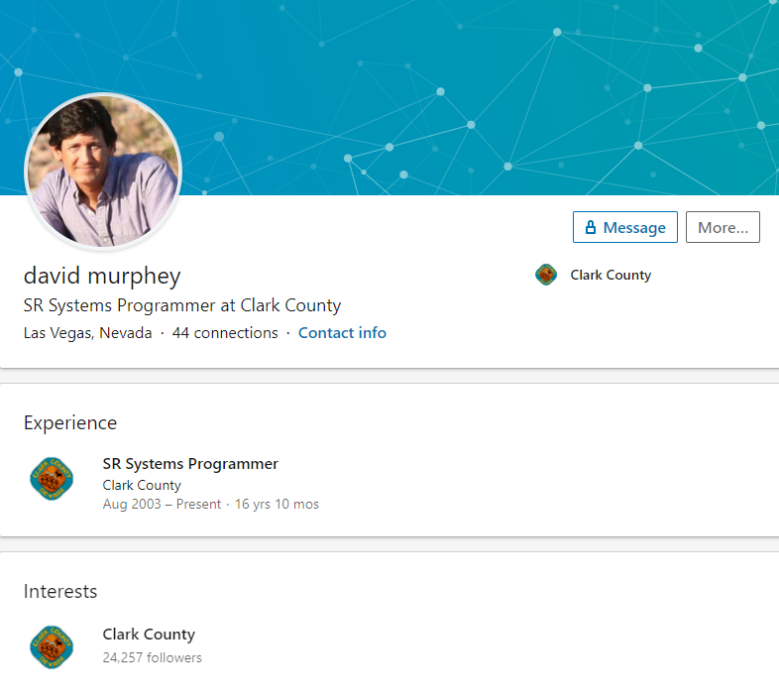 David’s LinkedIn account also gives fans an inside look into his professional life. His occupation is listed as an SR Systems Programmer for Clark County in Las Vegas, where he has worked for 16 years. According to Distractify, based on his job description and the typical salary of a computer programmer, David’s income could be as high as $110,000 per year.

Aside from the RV and pricey car, David has taken several flights to Ukraine to visit Lana, has attempted to book a cruise with her, and had no trouble at all hiring a private investigator to track Lana down when he failed to meet her. The reality star also lives in Las Vegas and owns his home, so it’s safe to assume that David makes a comfortable salary as an almost-retired computer programmer.

The stars of 90 Day Fiancé reportedly make very little money compared to many other reality stars on TV right now. Most of them make as little as $15,000 per season, with an added bonus of $2,500 to appear in the Couples Tell All finale at the end of the season, according to Cheat Sheet. The amount of money they are paid depends on how many episodes they’re featured in, and since David wasn’t introduced until a few episodes into Season 4, he might be making less than his Before the 90 Days co-stars.

Nikki Cooper, a friend of fellow 90 Day star David Toborowsky, revealed the cast members only get paid $1,000 per episode, although that number likely varies between the reality stars, considering some of the cast have recurring roles in other seasons. However, add that extra $10-15 thousand to David’s computer programmer salary and he’s likely not struggling for money at the moment.

READ NEXT: Are David & Lana Still Together on 90 Day Fiancé? Update