90 Day Fiancé: The Other Way Season 2, Episode 3 airs Monday, June 15 at 9 p.m. ET/8 p.m. CT on TLC. The description for Episode 3, titled ”Heart My Broken,” reads, “Deavan has serious doubts before moving back to South Korea. Kenny has an emotional family dinner. Ari’s family confronts her about Biniyam’s motives.  Jenny takes a leap of faith to be with Sumit. Brittany is Jordan-bound with a shocking secret.”

Warning: this article will explore spoilers for tonight’s episode of 90 Day Fiancé as we dissect the promos, so turn back now if you aren’t caught up and don’t want anything ruined for you!

Most of tonight’s promos involve Jenny and Sumit and their ongoing issues with Sumit’s family, who still don’t support their relationship. Read on for spoilers and predictions on tonight’s episode of 90 Day Fiancé:

Will Sumit and Jenny ever get his parents' approval, or will their age difference cause problems forever? #90DayFiance: The Other Way continues, TONIGHT at 9/8c. pic.twitter.com/ZxsLqYXjiW

Jenny and Sumit, who fans should already be familiar with from their appearance on Season 1 of The Other Way, are still struggling to find acceptance with Sumit’s family. His parents don’t approve of their relationship due to Jenny’s age (she is 30 years his senior), and in the clip above, Sumit’s brother Amit explains that they are still skeptical and disapproving today.

When Amit asks Sumit if their parents are aware that he and Jenny are moving in together, Sumit responds, “Yeah, they aware. Still they are not happy with that.” Amit tells Sumit that “they are against the age factor,” as he does finger quotations.

“They will be more than happy if Jenny will be like five year elder than you, or maybe ten years elder than you, but the number is double than your age,” Amit tells his brother. When a producer asks Amit if Jenny is the same age as their mother, he says, “Jenny is actually elder than my mom and that’s the thing my parents doesn’t like.” 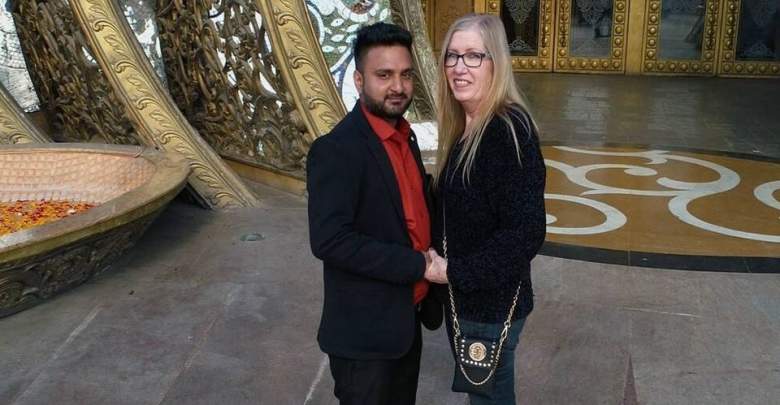 TLCFans will get to see the latest update from “90 Day Fiancé: The Other Way” on Season 2.

When the clip cuts back to Sumit and Amit talking in the living room, the latter asks his brother what his plan is for when Jenny moves in. Sumit responds, “The plan is, like, that once I get divorced, then I’ll marry Jenny.” Amit replies that his plan “doesn’t sound good,” before adding, “You are the eldest son. Eldest son is always the one who respects the parents a lot and all the thing which they have done for you.”

Amit then adds during a private confessional, “As it goes in India, an ideal son is to be like, helping the parents in their old age. After ten years, Jenny will be getting more older and he will be not available with my parents to help them out. He will be there with Jenny. And some of society will be looking upon my family with shame.”

After Amit’s confessional, Sumit tells his brother, “This life, which I’m choosing, it’s at least giving me happiness,” to which Amit responds, “But still we have to live in that society.” Sumit argues with his brother and says their parents never helped him with anything, and that he’s had to do everything on his own his entire life.

“Nobody ever helped me,” Sumit says angrily. “Their own son. They always knew that I never wanted to get married. If they knew that then why did they put me through that big trouble?” So it sadly looks like Jenny and Sumit are still facing plenty of obstacles in their relationship this season.