TLC Does Armando come out to his parents during tonight's episode of "90 Day Fiance: The Other Way?"

Armando Rubio, star of the hit reality series 90 Day Fiancé: The Other Way, has an incredibly emotional conversation with his parents about his sexuality and their acceptance during the June 22 episode of the show. A promo of the new episode shows Armando break down to his parents about having to hide his real identity for fear of what people would say about their family.

The clip features one of the most emotional scenes of the season so far, with Armando tearing up as he describes his pain and his mother sobbing while he talks. The promo doesn’t show how his parents react to the (renewed) conversation about his sexuality, which might have fans wondering how they take the news. Do they accept Armando as a gay man, or do they reject their son and remain blind to his suffering once more?

Keep reading for spoilers on the Episode 4 of 90 Day Fiancé: The Other Way, but be warned: MAJOR SPOILERS AHEAD! Turn back now if you don’t want anything ruined for you before the episode airs!

In the clip above, Armando brings up the subject of his sexuality, something which he says his family has been in denial about for the last several years. “I haven’t talked to my family in three years about me being gay because I’ve heard comments about them still not accepting it, still not wanting to see it,” Armando says during a confessional. “I’m very scared. I don’t know what to expect. I just do not want them to keep denying it.”

The camera cuts over to Armando sitting with his parents at the dinner table. “Well, I wanted to talk to you. As you know, we’ve talked about it once before,” he tells his mom and dad. “I’ve spent my whole life hiding who I am. I know that maybe being married may have confused you, but I did it for you. So people wouldn’t talk about you.”

He continues tearfully, “There were nights where I cried alone because of hiding who I was. I know it’s a process to accept it, but I just want you to know this is who I am.” At this, his mother starts openly sobbing while Armando adds, “And as a son, the only thing that you have more than anything are your parents. So when you feel like they don’t love you … it’s hard.” 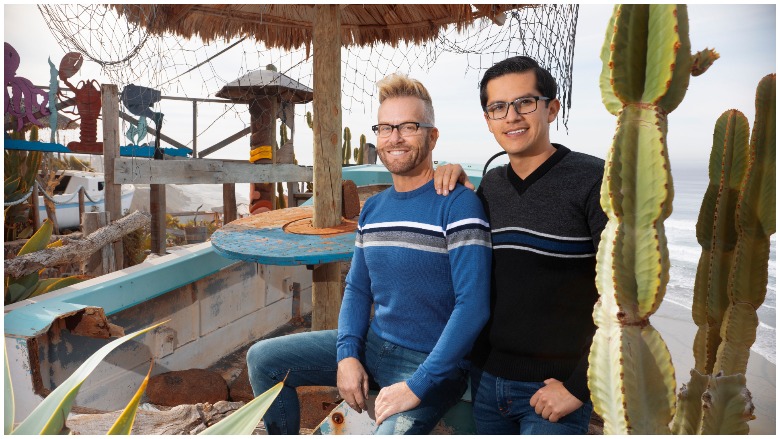 The promo TLC shared of the emotional scene cuts off right as Armando’s mother starts crying, which gives the impression that she doesn’t accept her son’s revelation. However, as is typical with TLC’s editing, they cut the clip off at a misleading moment. Where it initially looks like she’s devastated by the news that her son is gay, she actually gets up and hugs Armando.

“How can you think I don’t love you?” she sobs into her son’s shoulder. “I’m your mother. How can you think that I don’t?” They embrace for a long moment and cry openly together. Armando then tells the producers, “This hug is something that I’ve been wanting for a very long time. It’s a beautiful feeling to hear from her that she loves me and that I’m her boy. It’s what I needed in my life.”

His father also grasps his son’s hand and tells him, “If you don’t tell me you’re feeling bad I’m not going to know,” before adding, “For me, you’re my son and I see you the same.” His dad then adds during a private confessional, “As parents, the pride we have as Mexicans is what hasn’t let us see beyond reality. That he’s gay. So that’s what’s hard.”

When Armando tells them about Kenneth and the fact that he is moving to Mexico to live with Armando and his daughter, he asks if they would be willing to meet his boyfriend. His mother says she will meet with him, and although his father tells Armando that he loves him regardless of his sexuality, he says “time will tell” if he will be ready to meet Kenneth.